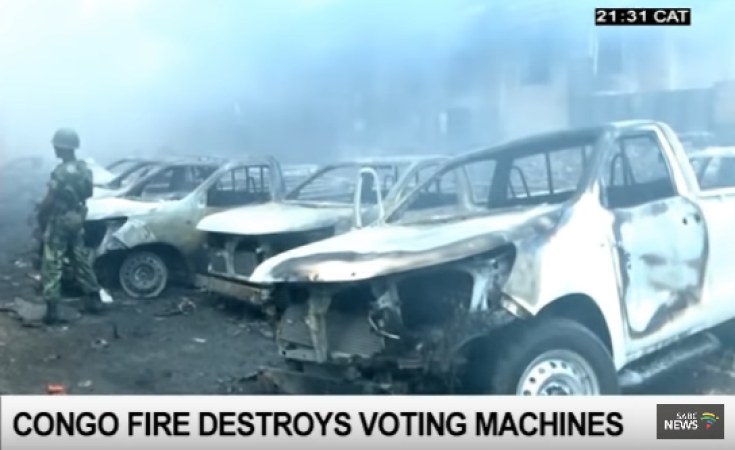 Days ahead of elections, the building that houses the country's electoral commission in Kinshasa has caught fire. The cause of the fire is still unknown but AFP reports that thick smoke could be seen from a

distance early Thursday morning. The fire broke out around 2am in a building where election materials were being kept, the head of the Independent National Election Commission (CENI) said. Presidential

elections are scheduled for December 23. The incumbent President Joseph Kabila will be stepping down but opposition parties still do not believe it will be free and fair. The campaign for the top job is already proving bloody, as clashes have been reported in Kalemie and Limbubashi on Wednesday and Thursday respectively. Opposition parties eye electronic voting machines with great suspicion with some insisting ballot papers be used instead. Another area of concern is the refusal by government to allow international observers into the country.

DR Congo Election Delayed - Again
Tagged:
Copyright © 2018 allAfrica.com. All rights reserved. Distributed by AllAfrica Global Media (allAfrica.com). To contact the copyright holder directly for corrections — or for permission to republish or make other authorized use of this material, click here.