Kano — Fifteen years ago, I watched from a neighbor's window as my house and car burned to ashes -  set alight by a militia of 100 young men. A religiously motivated conflict 400km away had increased tensions between Muslims and Christians.

Reprisal attacks are common. As a Christian living in a Muslim area, this time I was the target. Watching the smoke billow from my house, I decided to dedicate my life to building peace in my country.

Nigerian presidential candidates have promised to bring peace since our first democratic election in 1999. They continue to do so now, ahead of the general election on February 16th. But even as politicians promise they will end the violence, they also incite it. The best hope for sustainable peace in Nigeria lies in our young people, not in our parliament - and we need the United States to help us get there.

Today, our people continue to suffer from many conflicts. The Boko Haram war in the north east alone is responsible for a humanitarian crisis affecting seven million people.

Solutions to violence won't come from military-led strategies or people behind desks.

There are many divisions in our country - along religious, tribal, economic, and geographic lines, amongst others. With conflicts so complex and entrenched, only those who understand their source and drivers can find lasting solutions. But those won't come from people behind desks in Abuja, New York, or Washington. Top-down, one-size-fits-all, military-led strategies have not worked. And yet these approaches seem to be the ones we and our international donors - including the United States - try over and again.

Our current and aspiring politicians not only lack the local knowledge they need to build sustainable peace. Many also exacerbate tensions by using social fault lines to promise patronage and secure votes. These tensions erupt into violence daily - and more often around election time. Others will supply gangs with weapons to threaten or kill opponents and snatch ballot boxes. With vote-buying also on the rise this year - with votes being bought for as little as $2.80 - it's not only peace, but also democracy, that is in peril.

With our political class fanning the flames of conflict, we must look elsewhere for solutions to the decades-long violence. My hope lies in those most likely to make up our militias and gangs: young people.

Training young people and helping them find non-violent livelihoods is key to reducing conflict. If joining a militia isn't their only hope of making a living, the lifeblood of the groups ravaging our country is stemmed. And by supporting young people, we not only divert them away from militias. We also create a generation that wants to build unity and spread peace in their communities.

This is why I have led the Peace Initiative Network for the last 15 years - a partner of the global peacebuilding NGO, Peace Direct - working with ex-Yandaba gang members and young people across Northern Nigeria. In this time, we've enabled thousands to access better futures. Instead of joining gangs, burning down houses, and killing, young people are taught about peace, given vocational training, engaged in sports clubs, and encouraged to build friendships outside of their cultural identities.

And so, whilst politicians may continue to fuel conflict, our young people have the power to end it. But they cannot do this without support. Each year the United States provides hundreds of millions of dollars in aid to Nigeria, much of it in military assistance.

But more weapons won't resolve the root of our problems.  Instead, international assistance should send a clear message that a better future for the Nigerian people lies in helping the next generation to choose peace, not violence. Congress could begin to do this by shifting resources away from military intervention and instead investing in youth services, employment, and building political accountability.

A peaceful Nigeria is a far cry from where we are now, but with the potential of our young people and support from international aid partners, I know we can get there.

Michael Olufemi Sodipo, Ph.D is the Project coordinator of Peace Initiative Network (PIN), a peacebuilding organisation based in Kano, Nigeria, and partner of global peacebuilding NGO, Peace Direct and is supported by the players of the People’s Postcode Lottery. 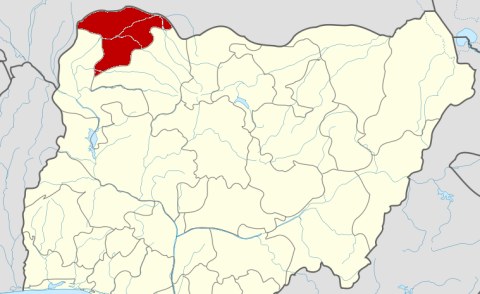 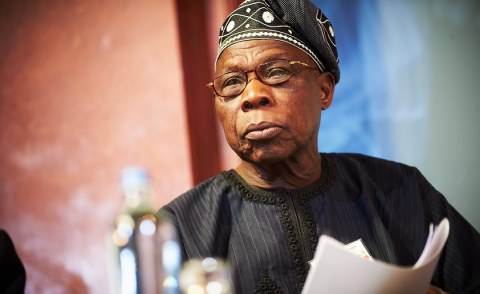 Nigeria Tipping Towards a Dangerous Cliff, Warns Obasanjo
Tagged:
Copyright © 2019 allAfrica.com. All rights reserved. Distributed by AllAfrica Global Media (allAfrica.com). To contact the copyright holder directly for corrections — or for permission to republish or make other authorized use of this material, click here.