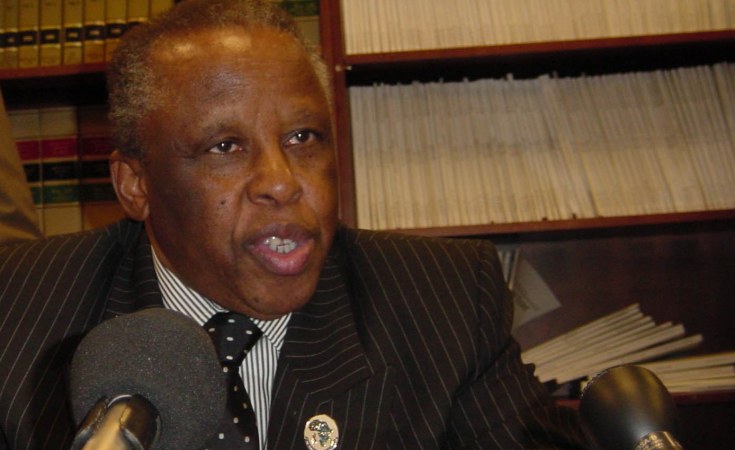 Cape Town — Former Botswana president Festus Mogae arrived in Abuja, Nigeria, last week as the co-leader of the joint international election observation mission by the International Republican Institute (IRI) and the National Democratic Institute (NDI). Elections had originally been planned for Saturday, February 16. But hours before Nigerians were due to go to the polls, the country's electoral commission, INEC, announced the postponement of voting.

The recipient of the 2008 Ibrahim Prize for Achievement in African Leadership was on the line to allAfrica's managing editor Juanita Williams.

Hello President Mogae. What is the mood in Nigeria after the sudden postponement of the election day?

Well, I assume the mood must be that of frustration and perhaps anger at the last-minute decision to postpone. Especially since INEC, in the very last week and the very last day before elections, had been assuring the public that they are ready, whereas there were obstacles - objective obstacles not of their own making. If only they had taken the public into their confidence, they would have been less to blame.

What is your assessment of INEC's readiness? Because now they're saying, despite the last-minute postponement, we will be ready on Saturday.

Well, what they did in the first place has undermined their credibility somewhat. We can only hope that God helps them, and that they pull it (off) so that the elections do take place at the time they have said.

But as I said, people are saying, "last time they said they were ready and they were not. How do we know they'll be ready this time"?

And especially in the light of the explanation they have given: that the number of things that have been outstanding, and are still outstanding, that they hope to overcome.

I suppose that the difference this time is at least now we know why they can't hold elections, and we don't know the extent of the constraints or how ready they are to overcome these constraints to conduct proper elections next time round.

What would your advice be to the political parties who clearly dissatisfied with this situation?

Well, they are rightly aggrieved, and somewhat frustrated. But all of us, including you the media, we have to appeal to them to keep the interest of the nation in their mind and to restrain their followers.

There should be no violence, please. Violence would not improve anything. Violence only makes things worse. And therefore, we in the observer community - and you would have seen in our statements - both said, collective statements signed by all observer missions, all reiterate the need for peace.

We all regret that INEC underestimated the task which they are entrusted and then did not take the public into their confidence. Therefore they can be accused of having misled the nation by saying that they are ready when it's apparent that they were aware that they were facing challenges.

However, that would be cruel to say that they wanted to, because I don't think they deliberately deceived the public. I think they misinformed the public only because they'd hope they would overcome those problems. If only they had explained they were determined; however there are a few things which could go wrong. Certain materials, some had burnt, others were still to reach their destinations. If they only had mentioned those things that were pending, I think there would be less anger than there is now.

Violence in Nigeria before the elections and the spectre of it - during and after - is a major challenge...

For the political parties, and also the population at large to restrain themselves. Not incite violence because with violence everybody is a loser.

Violence serves no useful purpose, and while we admit and accept that the last-minute postponement when INEC said they were ready is exasperating ... is annoying ... we all have to restrain ourselves and be sure that there is no violence.

What is the next step for your observer mission?

There is no option but to sit and wait and continue to observe the developments and to continue to call for peace and hope that everybody is getting ready to vote. And hope, in fact, that the materials will be available at the right places, at the right time and delivered to all the places.

The security forces, the administrators, all the people who are charged with the responsibility to make the elections possible, feasible, and take place - they should do their very best to make sure that the elections take place.

AllAfrica's reporting on peacebuilding is   supported   by a grant from Carnegie Corporation of New York.

'I Am Not Afraid to Lose' - Buhari

Election Delay 'Not a Conspiracy' - Calls for Peace in Nigeria

What the Postponed Election Means to Nigerians
Tagged:
Copyright © 2019 allAfrica.com. All rights reserved. Distributed by AllAfrica Global Media (allAfrica.com). To contact the copyright holder directly for corrections — or for permission to republish or make other authorized use of this material, click here.