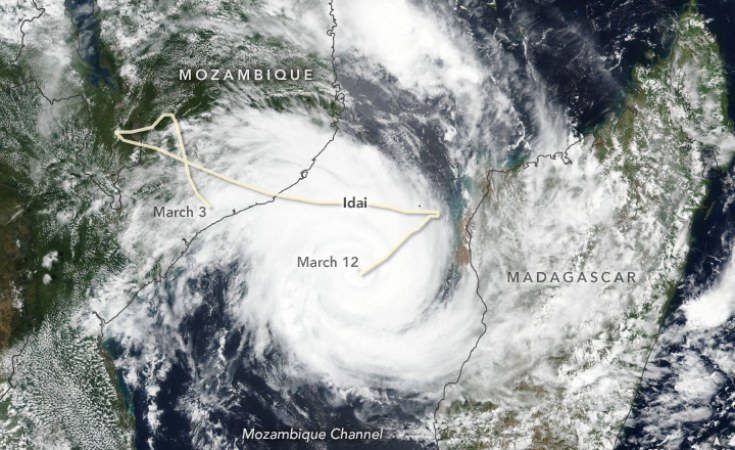 A crowdfunding campaign has been launched to support the victims of floods that have left dozens dead and thousands displaced. Tropical cyclone Idai battered Mozambique's coastal city of Beira leaving its 530,000 residents cut off from the outside world after power cables were downed and communications severed.

We are hosting this crowdfunding to help out our neighbors Mozambique in the wake of this devastating storm that is due to make landfall Friday. After recent, rapid strengthening, heavy rain from Idai was responsible for several deaths in central Mozambique.

The powerful cyclone is now on a path that will put more lives and property in peril across the region later this week. Less than 36 hours after becoming a tropical storm over the warm waters of the Mozambique Channel, Idai strengthened into an intense tropical cyclone on Monday.

By the end of the day, the cyclone's intensity was equal to that of a Category 3 hurricane in the Atlantic or eastern Pacific oceans. Further strengthening is expected, and Idai may approach or reach very intense tropical cyclone status around midweek.

At its peak intensity, Idai's strength may be equal to a super typhoon or a strong Category 4 or even a Category 5 hurricane. Idai can slam onshore with destructive winds and flooding rain in the vicinity of Beira. Life-threatening storm-surge flooding can put coastal communities underwater near and south of where Idai makes landfall. - Accuweather

Cyclone Idai Leaves Scores Dead in Southern Africa
Tagged:
Copyright © 2019 allAfrica.com. All rights reserved. Distributed by AllAfrica Global Media (allAfrica.com). To contact the copyright holder directly for corrections — or for permission to republish or make other authorized use of this material, click here.