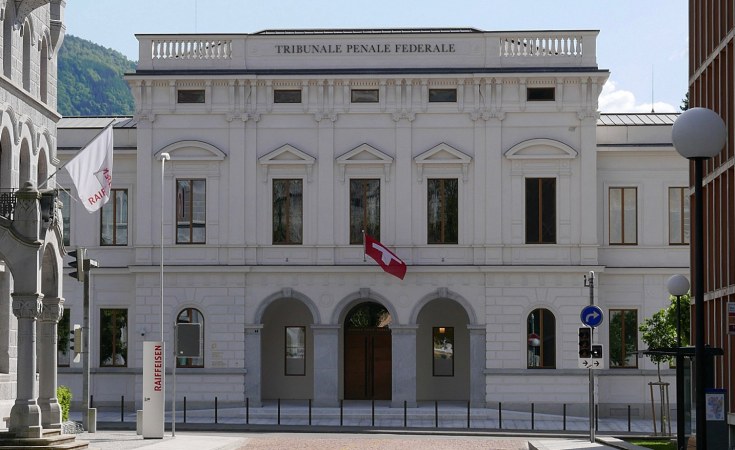 Cape Town — In a ground-breaking case, Swiss prosecutors have announced that Alieu Kosiah, a former commander of the United Liberation Movement for Democracy in Liberia (ULIMO) who was arrested in Switzerland nearly five years ago, will be put on trial in the country for war crimes allegedly committed in Liberia.

"The suspect is being accused of violations of the laws of war as a member of a military faction in the context of the internal armed conflict that took place in Liberia between 1989 and 1996," the office of the Swiss Attorney-General announced in Bern, the capital, on Tuesday. The office did not announce the name of the suspect, but Civitas Maxima, a Geneva-based network of network of human rights lawyers, named him as Kosiah.

It will be the first time that Switzerland's Federal Criminal Court tries a case under an indictment related to international criminal law. The prosecutors said one of the reasons the case had taken so long to bring to trial was "the lack of cooperation by Liberia..."

Civitas Maxima, which has been pressing for the prosecution, said it will be the first-time a ULIMO member is indicted for war crimes.

The Swiss prosecutors said that in July and August 2014, several Liberians filed complaints with the Attorney-General against Kosiah, who was living in Switzerland. The Liberians' testimonies alleged that either he or troops under his command "committed, among other crimes, assassinations, a rape and acts aimed at enslaving and terrorizing the population in the Lofa County between 1993 and 1995."

The charges are being brought under the Swiss Military Criminal Code. The current international criminal law regime was adopted domestically in Switzerland only in 2011, after the alleged crimes were committed, and does not apply retrospectively.

The military code makes war crimes punishable "regardless of where they were committed and of the perpetrator's or the victim's nationality," the prosecutors said. The code enables Switzerland to enforce the "requirements of international conventions on the conduct of warfare and for the protection of persons and property" and charge suspects for contravening "other recognized laws and customs of war."

The prosecutors' statement outlined the charges Kosiah will face as follows:

"The defendant is accused of having ordered the murder respectively murdering or participating in the murder of civilians and soldiers hors de combat, desecrated a corpse of a civilian, raped a civilian, ordered the cruel treatment of civilians, recruited and employed a child soldier, ordered several pillages and ordered and/or participated in forced transports of goods and ammunition by civilians. The defendant has allegedly committed these crimes between March 1993 and the end of 1995 as a member of a military faction."

Hassan Bility, director of the Liberia-based Global Justice and Research Project, said the announcement of the prosecution is "a great day for justice in Liberia, a great day for all of the victims."

Civitas Maxima lawyers Alain Werner and Romain Wavre added: "We are proud that the bravery of the victims who testified against Alieu Kosiah is finally being recognized through this trial. It is important for the victims to know that if they talk, they will be heard."

Bility also used the announcement to call on the Liberian government to establish its own war crimes court.

How Listening and Talking Helps Liberians Move On from War
Tagged:
Copyright © 2019 allAfrica.com. All rights reserved. Distributed by AllAfrica Global Media (allAfrica.com). To contact the copyright holder directly for corrections — or for permission to republish or make other authorized use of this material, click here.