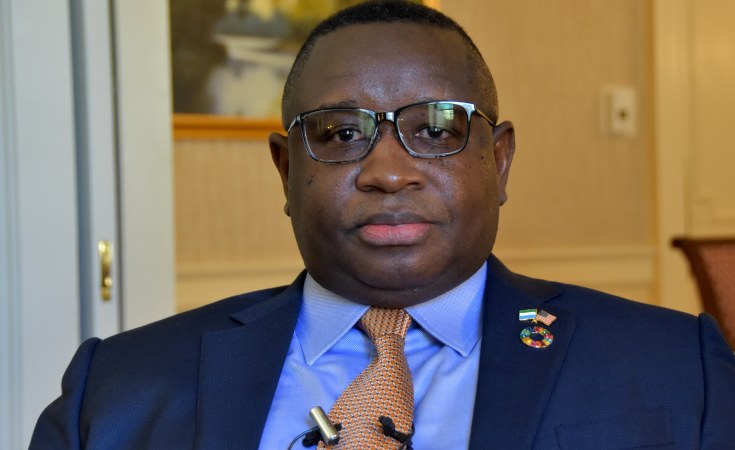 A year after taking office as Sierra Leone's fifth president, Julius Maada Bio believes his government is changing the country's negative image. A retired brigadier general, Bio was briefly the leader of a military junta that handed power to a civilian elected leader in 1996. He was elected with 51.81 percent of the vote in a runoff in 2018. During a visit to the United States last month, he addressed the Harvard Kennedy School, toured the MIT Media Lab and met with business executives convened by the Corporate Council on Africa. During an allAfrica interview, he outlined his rebranding strategy and described why he is prioritizing human capital development. Excerpts:

Peacebuilding in a post-conflict nation

Quite a lot of people still think Sierra Leone is a country ravaged by war, devastated by Ebola and a lot of other calamities. It was extremely difficult to restore peace after too many years of civil war. But we are a resilient nation, so we are doing everything to consolidate that peace and democracy. We are changing the narrative.

Sierra Leone is a place where democracy has taken hold. As a post-conflict nation, peace and national cohesion are very important. We want to stitch the country together, irrespective of region, irrespective of ethnic group.

We have decided to establish a commission designed to make sure that the different ethnic groups that live in Sierra Leone consider themselves as Sierra Leoneans. We are doing this because whenever there's politics, bad politicians play the ethnic card, and that has been a divisive factor. We want to change that and make sure that we are one country and one people Nothing should divide us. We should stay together as a nation to be able to prosper and have a shared future.

I pledged to provide leadership that is inclusive, I have demonstrated that with the National Development Plan that we just launched. All parties were involved in preparing the plan. Every facet of our society was involved - nearly two million people were consulted. That is the sort of society we want. We can't afford to be divided. For us to make progress, we have to be united in purpose in order to get to the end that we have decided on.

After so many years of mining diamonds, gold and so many natural resources for which we have nothing to show, we want to concentrate on human capital development.

Human capital meaning food security, health security and education. I ardently believe that if we take care of the human being [and] invest in education, we can produce a population that is useful in the 21st century.

We are devoting 21% of our national budget on free education so that our kids can be competitive and educated. The system we are working on is not education as we have known it in the past. It is education that is fit for purpose in the 21st century. The world is a village. We want to make the curriculum relevant to the modern world, to produce a workforce that relates to the digital economy that we want to develop.

Since the Ebola epidemic. we've been working to structure our healthcare system in such a way that should there be any occurrence of that nature, we can deal with it. Our maternal mortality rate is definitely too high. Also for the kids. We are working to reduce those numbers.

Role of women and war on gender violence

Women have been deprived of their rightful position for a very long time. They have cultural restrictions that prevent them from being equal partners. We are working to make sure that women are involved as equal partners. We should not consign them to the kitchen.

Because of the spate of sexual violence that has been going on in the country, I had to declare a state of emergency because I needed to attract enough attention to that menace, which we cannot allow to happen in our country. We need action from government. Our society really needs to know that that is not the way to go. We are escalating the activities down to the village level so that people know it is not acceptable.

We have launched another initiative – my wife is involved, Hands Off Our Girls, to end child marriage and reduce teenage pregnancy to empower women in Sierra Leone.

The role of regional integration

Markets are very important, and in west Africa and across Africa, we are talking about opening up the borders for free movement of not only goods but also people. There's a lot of effort going on the continental level. We have established the fact that investment and the trade can help us grow our economies. Not every economy is ready but we have to start it and everybody will rise to the occasion.

For a long time, we have depended on mineral resources. What I have set as a goal is to diversify into agriculture, fisheries, tourism so that we don't put our eggs in one basket. That was what happened when we suffered seriously when price of commodities dropped. We've not been able to recover because we depended on iron ore as the main source of revenue for the country. We also have revamped revenue collection and we've been able to make a 30 percent increase in the past 11 months.

A welcoming ecosystem for investment

The role of the private sector is very important, and we are creating the enabling environment, an ecosystem that is inviting to make sure that genuine investors can come to Sierra Leon and have a decent return. And we give them the freedom to repatriate their profits. We are ready for business and we want you to come. 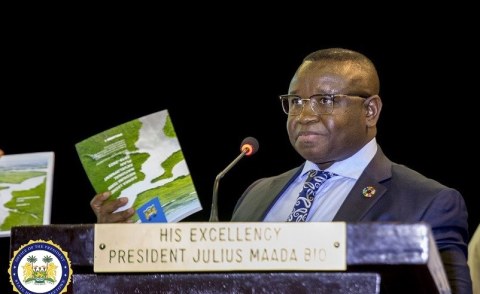 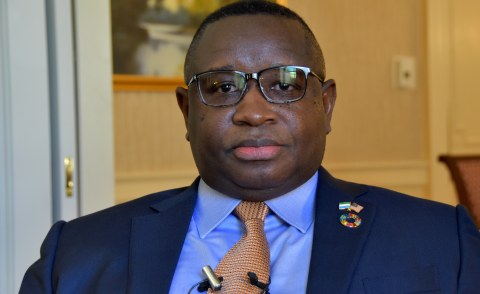 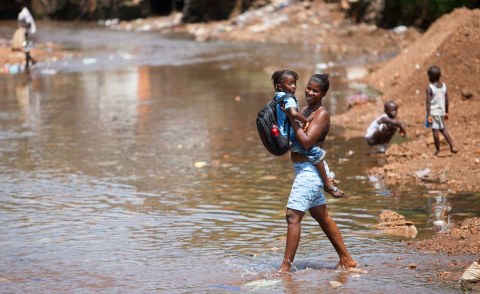 Sierra Leone Makes Schools Free but Scraps University Subsidies
Tagged:
Copyright © 2019 allAfrica.com. All rights reserved. Distributed by AllAfrica Global Media (allAfrica.com). To contact the copyright holder directly for corrections — or for permission to republish or make other authorized use of this material, click here.