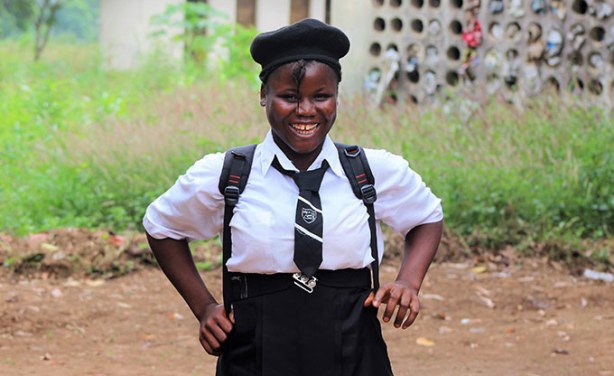 Fatmata Sesay re-enrolled in school after becoming pregnant at age 15.