Radio Dabanga
A demonstration in Khartoum in the week of July 1, 2019.
allAfrica.com

The television news network reports that a court ordered that services be restored on Tuesday after lawyer Abdelazim al-Hassan launched a lawsuit challenging the block.

Local news website Radio Dabanga is quoting Shamseldin El Kabbashi, a spokesman for the Transitional Military Council (TMC),  as saying that he expects the return of the internet to Sudan in two or three days. Radio Dabanga says that internet services have been blocked on the orders of the TMC since June 10.

The report does not mention the court order, but dpa reports that the court order said: "Khartoum court orders the companies of Sudani and MTN to restore internet services to customers temporarily, pending a decision on the case." Another telecommunications company, Zain, is also working again, dpa reports.

Al Jazeera says that the the restoration was originally limited to fixed-land lines, prompting  Hassan to demand it be extended to 3G and 4G mobile services. "I returned to court and said that numerous clients of Zain and other telecom companies were impacted due to the cut," Hassan is quoted as telling a news conference. "Today, the court issued an order to Zain, MTN and Sudani to restore their mobile internet services."

Several subscribers confirmed services had been restored on their mobile devices, Al Jazeera said. And dpa quotes Islam Jamal, 26, as saying: "I am so happy that I can access to the internet and know what is going on around me."

Govt Must Respect Human Rights to Achieve Peace and Stability 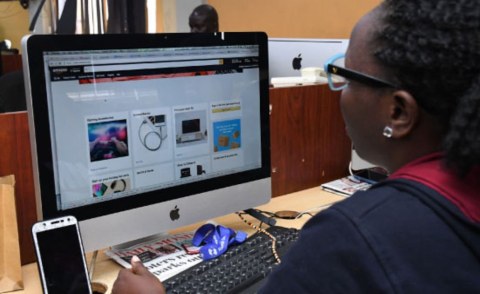 Sudan Military Council Says it Foiled an Attempted Coup
Tagged:
Copyright © 2019 allAfrica.com. All rights reserved. Distributed by AllAfrica Global Media (allAfrica.com). To contact the copyright holder directly for corrections — or for permission to republish or make other authorized use of this material, click here.