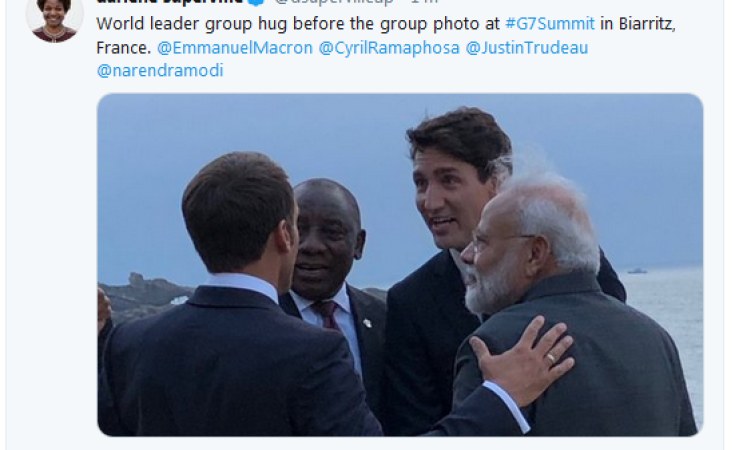 About 12 hours after she was taken to task by South Africans on Twitter, Darlene Superville - who is the White House reporter for Associated Press- tweeted the same picture with a new caption in which she names Ramaphosa, who is attending the G7 Summit in France.

However, her new tweet has not done enough, it seems.

She is now being criticised for not apologising:

@NgasamaFelix: You've quietly made correction without an apology to South Africans for disrespecting their president in your earlier twaddle. But then again, apology is a foreign language to a person inflated with ignorance & its conjoined twin arrogance

@TomiDee: Thanks for rectifying your earlier mishap you however still owe @CyrilRamaphosa  and the people an @PresidencyZA  of South Africa an open apology!

@Keke_Makhetha: Ma'am, an apology tweet would have take  less that a minute and would t have cost you anything. Your behavior smacks  of arrogance and disrespect towards African leadership. Do the right thing and apologise.