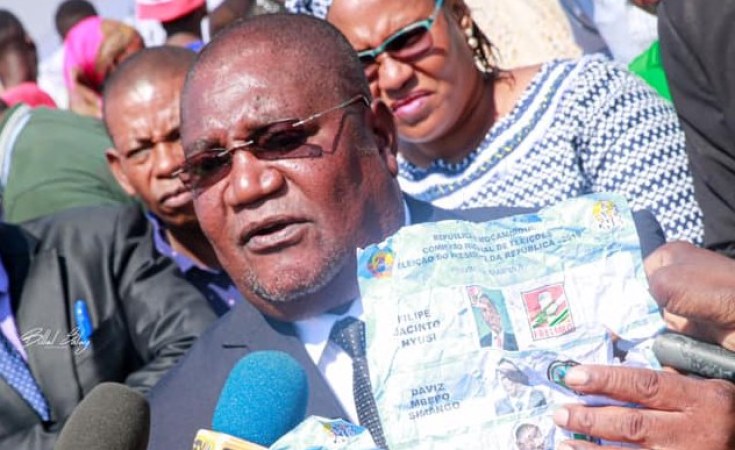 According to the report, voting had to be stopped in Nampula province due to verbal confrontations between the polling agents and delegates of the main opposition Renamo party, who were claiming evidence of fraud.

"If these results are manipulated we will never accept them, we do not want a return to the problems of the past," Momade told the media after casting his vote.

Momade is reported to have shown journalists evidence of attempted fraud and declared that his party "would do whatever the people want them to", without elaborating on the warning.

On social media, several observers and voters shared pictures and videos showing the ongoing process of counting and tallying votes.

Human Rights Watch researcher Zenaida Machado tweeted a picture showing a sample from a polling station in Beira in which the number of ballots were more than the number of voters.

Acceptance of the results of the polls is seen as a key test of a peace deal signed in August between the ruling Frelimo party and its old civil-war-foe-turned-political-rival, Renamo.

The run-up to the vote was marked by sporadic violence, including the killing of an election observer.