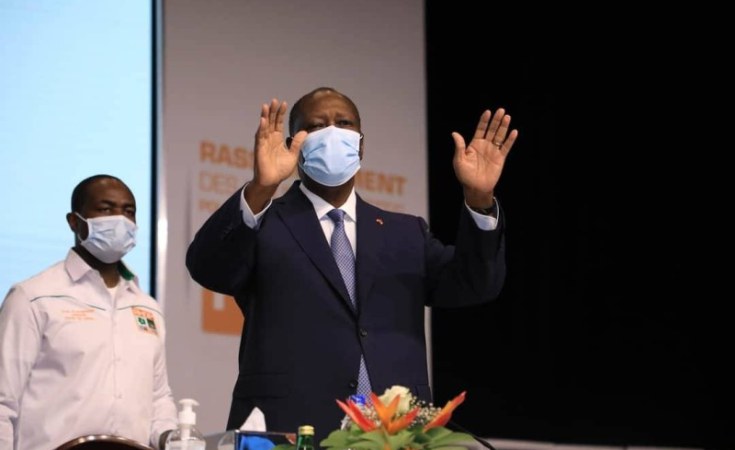 Cape Town — During a national address on Thursday, President Alassane Ouattara announced that he would be a candidate for a third term.

The head of state delivers an annual speech to the nation on the eve of the country's Independence Day celebrations on August 7.

Ouattara said that after the death of "his candidate" Prime Minister Amadou Gon Coulibaly for the presidential election, and given the short time that separates the country from this deadline set at October 31, 2020, he decided to stand as a candidate for a third term, according to the DW French service.

"The risk that our country will decline in many areas, all this leads me to reconsider my position," he said.

Ouattara said: "This carefully considered decision is a duty that I accept in the best interests of the nation in order to continue to put my experience relentlessly at the service of our country."

Coulibaly, an economic technocrat and Ouattara loyalist since the 1990s, was announced as the handpicked heir for the ruling Rassemblement des Houphouëtistes pour la Démocratie et la Paix (RHDP) party in March "trusted to sustain the strategy established during Ouattara's nine years in power", wrote Paul Melly of Chatham House.

His announcement will be questioned internationally, particularly because he vowed not to run again a few months ago, and a possible legal challenge as the country's new constitution, adopted in 2016, notes that there is a two-term limit on presidential aspirants, but doesn't mention the period before it was adopted.