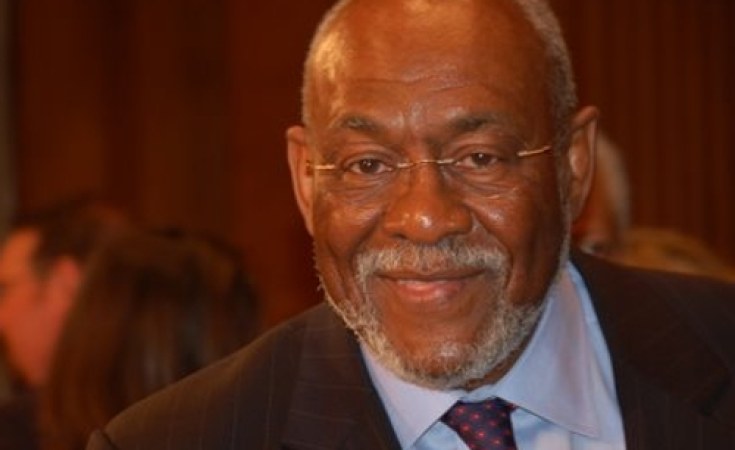 The Trump administration's decision to suspend and delay development assistance to Ethiopia over the filling of the new Grand Renaissance Dam (GERD) is misguided and shortsighted. The move will undermine Washington's relations and influence in one of Africa's most significant states.

The decision taken in late August was intended to push Ethiopia into accepting a negotiated solution favored by Egypt. At issue is a timetable for filling the new dam and an agreement on how water from the dam will be allocated to Egypt and Sudan.

Although the announcement to suspend Ethiopia's assistance was confirmed to reporters by officials at the State Department, the impetus behind this decision came from the Treasury Department, which has managed this issue for the administration, mostly to the total exclusion of the State Department and its Africa Bureau, which is led by a former U.S. ambassador to Ethiopia.

Ethiopia is one of the most widely respected countries in Africa. Headquarters of the African Union, Ethiopia is Africa's second most populous state, a strong U.S. counterterrorism partner in the Horn of Africa and - in recent years - the fastest growing economy in Africa.

Government unlikely to bow to U.S. pressure over the dam, which enjoys broad support.

Construction of the Grand Renaissance Dam has been a central pillar in the Ethiopian government's continuing effort to accelerate the country's economic growth. When completed, the dam is expected to increase Ethiopia's electrical generation, expand agricultural production and lift millions of Ethiopians out of poverty.

Amid internal regional, religious and political differences, construction of the GERD is one of the few things that all Ethiopians support. For domestic political reasons, the Ethiopian government is likely not to bow quickly or at all to American political pressure on the dam.

The aid suspension is also coming at a very critical moment in Ethiopia's domestic politics. For the past eighteen months, Ethiopia has been engaged in a sensitive and complicated political transition that could have boosted the country's potential democratic trajectory. However, national elections that were scheduled for August 2020 were postponed because of the threat of Covid 19, and the evolution of the transition has now been thrown seriously off track by civil unrest, political assassinations and a systematic closing of political space.

As political unrest has increased, Prime Minister Abiy Amed's popularity has declined and his political control has been challenged. Leaders in Ethiopia's nine regional states are seriously divided on the shape that Ethiopia's new democratic transition should take, and Abiy - who won a Nobel Peace prize for ending a long running dispute with Eritrea - is struggling to mend relations between different leaders and ethnic groups in his own country.

The prime minister – once admired country wide – has lost the support of many in his own Oromo community, largely because of the arrest and detention of some the region's most popular opposition political figures.

Suspension of aid seriously reduces U.S. influence at a time when Ethiopian democracy is threatened

Ethiopia's political transition and long-term stability are under threat, and the United States should be focused on Ethiopia's cascading domestic and economic problems, not on leveraging assistance to push Ethiopia into supporting Egypt's position on the GERD.

The potential for serious unrest and civil war could increase in coming days. Elections are taking place in Tigray province this week, in spite of a central government ban. Tigray, the home of Ethiopia's once-dominant leadership class, has been operating independently and in open defiance of Prime Minister Abiy for the past two years. 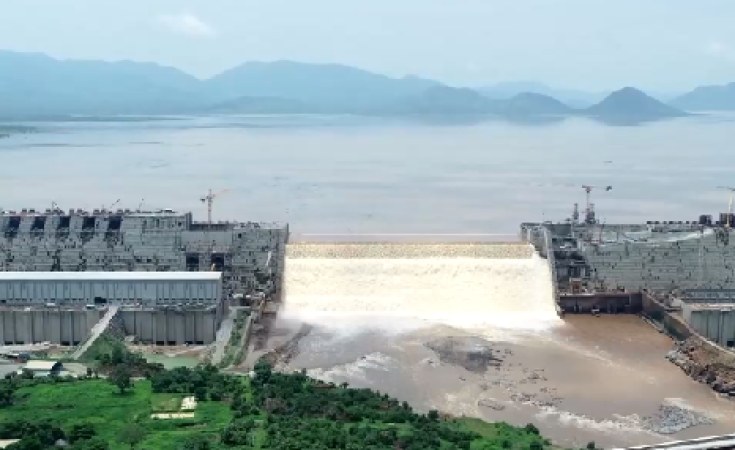 ENA
The Grand Ethiopian Renaissance Dam (Gerd), under construction since 2011, began holding back water after the the Blue Nile swelled during heavy rains in July.

U.S. efforts should be focused on keeping Ethiopia from descending into a long period of authoritarian rule, intrastate conflict and instability.

More broadly, the Trump administration's actions threaten to generate problems across the region. The suspension of aid and a downturn in relations could open the door wider for China and others to expand their influence in Addis and increase the government's current authoritarian tendencies.

Washington's actions could also embolden domestic opposition groups to take a more belligerent stand against the Abiy government, resulting in an upsurge in fighting in Ethiopia and a large outflow of refugees into neighboring states.

If Ethiopia becomes distracted by internal conflict, al Shabaab terrorists in neighboring Somalia could expand their activities in Ethiopia's large Somali region. And Eritrea, which has a history of regional conflict and covert interventionism, could take advantage of the situation to destabilize Ethiopia and increase its regional influence.

Ethiopia's democratic transition is now stalled, and what happens over the coming months could determine whether it falters and fails. Having suspended development assistance and angered the Ethiopian leadership, the ability of the U.S. to engage on Ethiopia's democratic, human rights and domestic security issues has been diminished.

Thoughtful action is required now. The United States needs to act fast to salvage its relationship with Ethiopia and find a way to stop the downward spiral in Ethiopia's increasingly fissiparous and fractious domestic politics.

It needs to turn over responsibility for handling Ethiopian issues to the State Department, where experienced Africanists and regional experts can provide more informed policy guidance on how to move forward and manage Ethiopia ties. It needs to prioritize support for Ethiopia's political transition - hopefully towards greater democracy – above resolution of the GERD issue.

Regional concerns about equitable use of the Nile waters, while important, will be of minor relevance if Ethiopia becomes engulfed in civil strife and begins to fracture like Yugoslavia did in the 1970s.

Build back relations by boosting diplomatic outreach and increasing assistance

Among the steps that should be taken is to keep the current ambassador in his post for another year. Michael Raynor is a skilled diplomat who knows Ethiopia and its current leadership. This is not the time to change leadership in the Addis embassy.

Also, the administration should dispatch Assistant Secretary of African Affairs Tibor Nagy to discuss U.S.-Ethiopia relations and the GERD issue and seek a face-saving way to pull back the suspension of development assistance. To help put bilateral relations back on track, there needs to be an increase in U.S. assistance to support democratic political change and for development programs and for boosting commercial interactions.

Finally, Washington should work with its European and African partners to build a "Friends of Ethiopia" coalition to strengthen diplomatic dialogue and coordinate greater assistance to one of Africa's most important states.

The Ethiopians may not say it bluntly or loudly, but the suspension of assistance has tarnished relations with Washington. By acting wisely and skillfully, the U.S. can probably still prevent the damage from being deeper and more enduring.

Johnnie Carson, who served as U.S. Assistant Secretary of State for Africa from 2009 to 2012 during the first Obama administration, is a former U.S. ambassador to Uganda, Zimbabwe and Kenya.

Scores Killed, Thousands Arrested After Ethiopia Singer's Murder
Tagged:
Copyright © 2020 allAfrica.com. All rights reserved. Distributed by AllAfrica Global Media (allAfrica.com). To contact the copyright holder directly for corrections — or for permission to republish or make other authorized use of this material, click here.