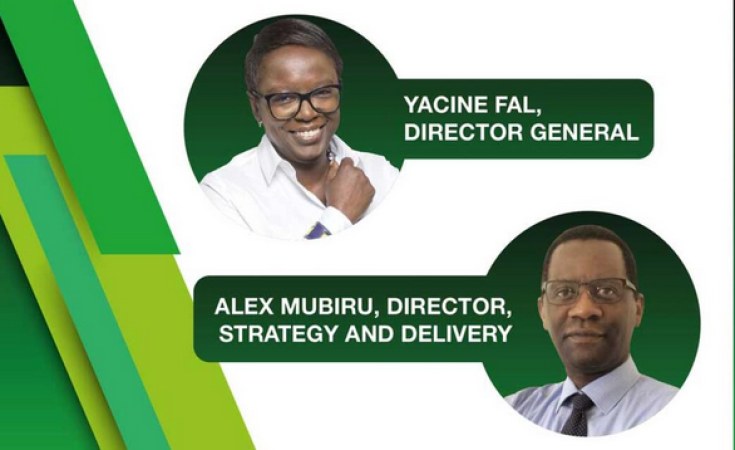 As Director General, Ms. Fal will oversee the administrative and operational work and activities of the Cabinet Office of the President. Primarily, she will provide oversight of all units and departments directly reporting to the President. She will also ensure enhanced delivery efficiency and effectiveness for all Presidential initiatives and Bank operations, as per agreements with respective Vice Presidency Complexes. She will oversee the work of senior staff to improve overall coordination and engagement of the President and Chairman of the Board of Directors with the Board.

Yacine Fal, a Senegalese citizen, is a seasoned and results-oriented business development and service delivery professional with over 20 years of experience in banking, legal and procurement fields.

Ms. Fal joined the African Development Bank as a Principal Legal Counsel in the procurement unit (1998-2007) and subsequently served as Manager in charge of the reform implementation team in the office of the President (2007-2008). She was appointed Officer in Charge of the Procurement and Fiduciary Services Department (2010-2011); and Manager of the Procurement Services Division (2008-2013). Yacine later served as the Resident Representative of the Bank's Morocco Office (2014-2017).

Commenting on her appointment, Yacine said "I am greatly honored by the confidence reposed in me by President Adesina to support him in ensuring the successful implementation of his bold vision for the Bank and the continent. I look forward to leading teams in the President's Cabinet Office to provide managerial, administrative and operational bandwidth and to assure the success of the President's vision and mandate following his historic re-election with 100% vote of the Bank's shareholders."

According to Dr. Adesina, "Yacine is a highly capable manager. She brings vast knowledge and experience of the Bank's legal, procurement, human resources, processes, systems, and operations to her new position. I am delighted to have Yacine lead a restructured Cabinet Office of the President that will comprehensively support the delivery of my vision and mandate to strengthen the Bank and accelerate Africa's development."

DIRECTOR (STRATEGY AND DELIVERY), OFFICE OF THE PRESIDENT

The African Development Bank Group is pleased to announce the appointment of Dr. Alex Mubiru as Director (Strategy and Delivery) in the Office of the President, effective 1st November 2020.

Dr. Alex Mubiru, a citizen of Uganda, is currently the African Development Bank Group's Country Manager for the United Republic of Tanzania.

He joined the African Development Bank as a Principal Research Economist (2009-2010); then served as Principal Country Economist, Tanzania field office (2010-2012); Lead Strategy Advisor, Strategy and Operations Policy Department (2012-2014) as part of the core group that coordinated the development of the Bank's 2013-2022 Ten-Year Strategy; and as Task Manager for the development of the Bank's 2013-2017 Private Sector Strategy. He was appointed Manager, Resource Mobilization Department (2014-2018). In June 2018, African Development Bank President Dr. Akinwumi A. Adesina appointed him as Country Manager, Tanzania Country Office where he manages a portfolio of more than $2.3 billion.

Commenting on his appointment, Alex said: "I am delighted to work directly with President Adesina to support his vision and strategy for the Bank and to ensure strategic alignments and delivery accountability across board."

Commenting on the appointment, Dr. Adesina said: "Alex is a well-rounded professional with the maturity and temperament suitable for the role. His deep institutional knowledge and demonstrable track record of performance will support my commitment and drive to ensure greater performance and delivery on my vision and mandate and on institutional commitments made to shareholders."