South Africa: Tributes Pour in for Queen of Kwaito Mshoza 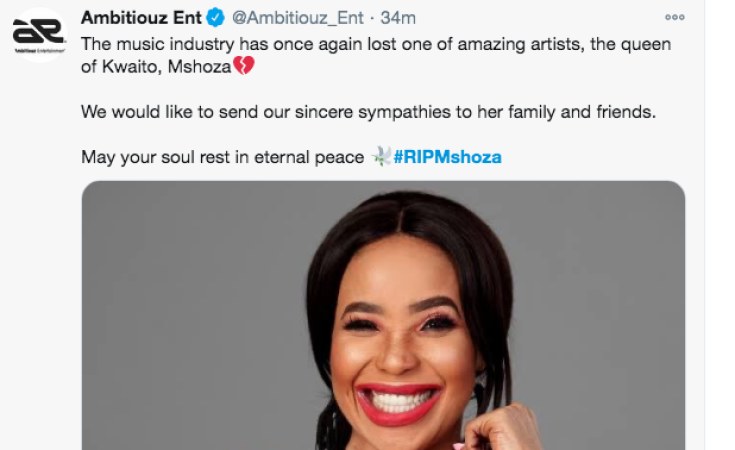 The kwaito star Nomasonto Maswanganyi, best known as Mshoza, has reportedly died at a Johannesburg hospital after a short illness .

She leaves behind a colourful legacy in the Mzansi music industry. Mshoza rose to fame with her smash hit Kortes in the early 2000s and performed as a dancer between 1998 and 1999.

In July, she reportedly caught the coronavirus but recovered from it.

She has been in the headlines quite a few times due to her obsession with skin-lightening and numerous short-lived marriages. She has been married three times and leaves behind two children. Celebrities and fans have expressed their shock and dismay over her untimely death.

Some of the tweets: 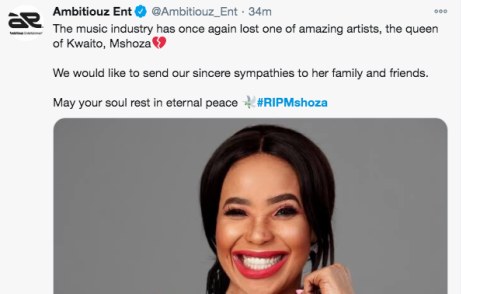 Tributes Pour for South Africa's Queen of Kwaito Mshoza
Tagged:
Copyright © 2020 allAfrica.com. All rights reserved. Distributed by AllAfrica Global Media (allAfrica.com). To contact the copyright holder directly for corrections — or for permission to republish or make other authorized use of this material, click here.