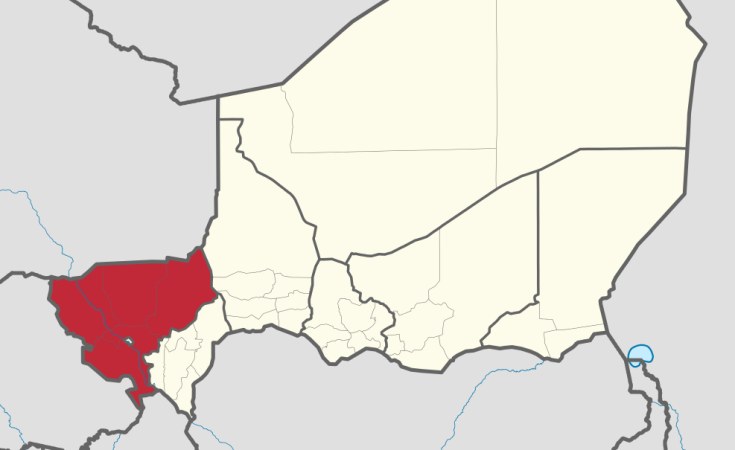 TUBS/Wikimedia Commons
A map showing the location of Tillaberi in Niger
allAfrica.com

Cape Town — Armed men in southwestern Niger killed at least 58 people when they intercepted a convoy returning from a weekly market and attacked a nearby village, Al Jazeera reports.

The attacks on Monday occurred in the Tillaberi region, which is near the border with Mali and Burkina Faso.

AP reports that there was no immediate claim of responsibility for the killings, though extremists belonging to the Islamic State in the Greater Sahara group are known to be active in the region where the villages were attacked.

The announcement was read on Niger state television on Tuesday evening by government spokesman Abdourahmane Zakaria, who declared three days of national mourning for the victims.

Attackers killed at least 100 civilians on January 2 in raids on two villages in Tillaberi, one of the deadliest episodes in the country’s recent history.

The assailants this time intercepted four vehicles transporting passengers from a weekly market to the villages of Chinagoder and Darey Dey, the government said. The attackers, who were on motorcycles, also burned granaries.

Gunmen Kill At Least 58 in Attack On Niger Market Sellers