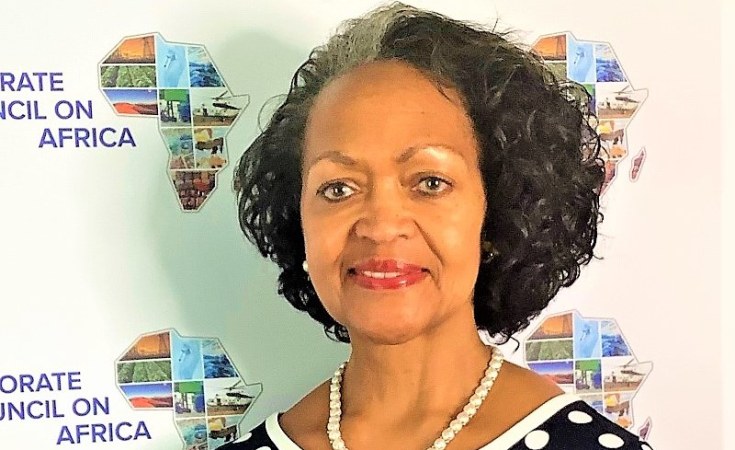 As we move into the second quarter of 2021, there are some promising signs of relaunch of the U.S. and African economies and business.  Successfully fighting the COVID-19 pandemic, fruitful dialogue between U.S. Secretary of State Blinken with several African leaders during his recent virtual visit to Africa, dialogue on the critical issue of climate change all speak positively to the future of the U.S.-Africa economic relationship.

On COVID, although a number of countries continue to grapple with record breaking outbreaks, most significantly in India, there are some encouraging signs that the efforts to vaccinate populations are beginning to bear fruit, both in terms of reducing hospitalizations and allowing for some economies to cautiously begin re-opening their economies. 1.1 billion people worldwide have now received vaccinations, and 47 of Africa's 55 countries have started their vaccination programs.  Access to vaccines remains a problem, and at the recent WTO virtual conference on COVID-19 vaccine equity, U.S. Trade Representative Katherine Tai noted that similar to what we've seen before with HIV/AIDS, "we are beset again by difficulty in production, supply, and equitable distribution" of the vaccines and therapies that can effectively overcome COVID-19.  She also noted, though, that "extraordinary times require extraordinary leadership, communication, and creativity".

This is an encouraging message from the USG even as we take note of recent announcements that JNJ has been authorized to resume use of its vaccinations, which led South Africa to resume its trial of this critical vaccine at the end of April.  The U.S. also announced that it will make 10 million Astra Zeneca doses available within weeks to COVAX, with another 50 million doses to follow as they are produced in coming months.  Moderna has announced plans to increase production by an additional billion vaccines in 2022, while Novavax is reported to be close to authorization in the U.S. and other countries, which would add another highly effective vaccine to the world's arsenal.  By end of April, Africa had only vaccinated 6 million of the 750 million people targeted by the end of 2022.

There are some encouraging signs, however, that increased global production will help accelerate national vaccination programs.  African countries like Ghana, Angola and Rwanda are good examples of the creative ways countries are finding to surmount the planning and logistics challenges involved in targeting and vaccinating the most vulnerable in their populations.  Based on this initial good news, UNECA and the World Bank are forecasting that Africa will grow 3.4% in 2022, and 3.6% in 2023.

In another encouraging sign, Rwanda – having worked innovatively to vaccinate workers in the tourism industry – will host the Commonwealth Summit in June, including the Commonwealth Business Forum, to which U.S. companies have been invited to participate.  This will be one of the first major in-person conferences in Africa to take place since the start of the pandemic, and will pave the way for other African nations to reopen and to resume hosting conferences critical to U.S.-Africa business engagement.

On April 22nd, President Biden and the U.S. Administration hosted virtually a Climate Summit.  The presidents of the DRC, Gabon, South Africa, Kenya and Nigeria expressed their views and concerns about the need to combat climate change, and shared their priorities regarding the ambitious agenda for net-zero emissions and how that will impact Africa and the investments being made on the continent in its abundant energy resources.

President Felix Tshisekedi, President of the Democratic Republic of the Congo (DRC) and Chairman of the African Union noted that "existing financial mechanisms are not sufficient to achieve the objectives of the Paris Agreement, … and that "it is important that the Summit accelerates the mobilization of additional financial resources" and simplifies "the procedures for accessing climate financing for the least developed countries, the majority of which are in Africa." 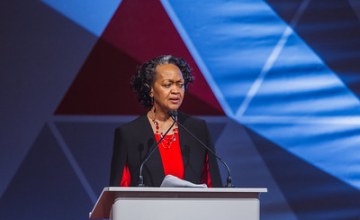 "Successfully fighting the COVID-19 pandemic, fruitful dialogue between U.S. Secretary of State Blinken with several African leaders during his recent virtual visit to Africa, dialogue on the critical issue of climate change all speak positively to the future of the U.S.-Africa economic relationship," CCA President and CEO writes in her message to members. The leading U.S.-Africa business group plans to  convene a three-day virtual summit from July 27 to 29, 2021.

It was encouraging that Secretary Kerry, the first Special Presidential Envoy for Climate, noted in his remarks that "Creating a net zero economy and doing it as rapidly as possible is an enormous challenge" and "will require mobilizing finance at an absolutely unprecedented level… and require the (U.S.) government to help facilitate the net zero transition around the world and to help especially the vulnerable countries that do not have the financing, the technology or ability to do this."  At the Summit, the U.S. announced several new initiatives to mobilize more international investment, including USTDA's Smart Climate Infrastructure Initiative, new program targets to increase funding from the Millennium Challenge Corporation and EXIM, and new programs to support investments in adaptation and mitigation from the Development Finance Corporation.

A positive and constructive USG message to its African partners was also highlighted during U.S. Secretary of State Antony Blinken's recent virtual and first trip to Africa in his new role.  During his meetings with Nigerian President Muhammadu Buhari and Kenyan President Uhuru Kenyatta, Secretary Blinken talked about building on the "very strong foundation in confronting common threats, including terrorism; but also seizing some of the opportunities that are out there, expanding trade and investment…"

In promising news in a sector critical for Africa's economic recovery and development – i.e., ICT – there was the news that despite the challenging humanitarian crisis in Ethiopia, the GOE is moving ahead with its ambitious plans to liberalize as well as privatize the telecom sector there.  With a population of 110+ million, Ethiopia is considered one of the last frontiers of the untapped market for telecommunication and digital services in the world. The South African MTN group and the Vodafone global consortium [backed by the U.S. International Development Finance Corporation (DFC)] have both submitted their bids on April 26th for the much-awaited two telecommunication licenses. The bidding result will soon be announced.  It is an understatement to say that liberalizing any telecommunication market is a complex process. Nevertheless, while going through the crisis in the Tigray region, the Ethiopian Government has stayed on the path of opening its market to foreign investors, including those from the U.S.  The Ethiopian ICT sector will provide significant market opportunities for American companies, and CCA remains committed to highlighting and facilitating those opportunities.

CCA looks forward to hosting its 13th U.S.-Africa Business Summit in late July to highlight how the new U.S. Biden-Harris Administration will work collaboratively with African governments as well as the U.S. and African private sectors to strengthen the U.S.-Africa economic partnership. Stay tuned for the "save the date" on the Summit to be issued shortly and, most important, stay encouraged by the positive signs in the United States and Africa and across many sectors of a relaunch and recovery of the U.S.-Africa trade, investment, and business partnership.

CCA looks forward to staying in touch with you virtually, but we truly await the day we can be together with you in person.  Until then, stay healthy, stay well.

Read the original article on CCA.

Tagged:
Copyright © 2021 Corporate Council on Africa. All rights reserved. Distributed by AllAfrica Global Media (allAfrica.com). To contact the copyright holder directly for corrections — or for permission to republish or make other authorized use of this material, click here.