Nigeria: Can the Nigerian State Survive the Twin Crises of Covid and Conflict? 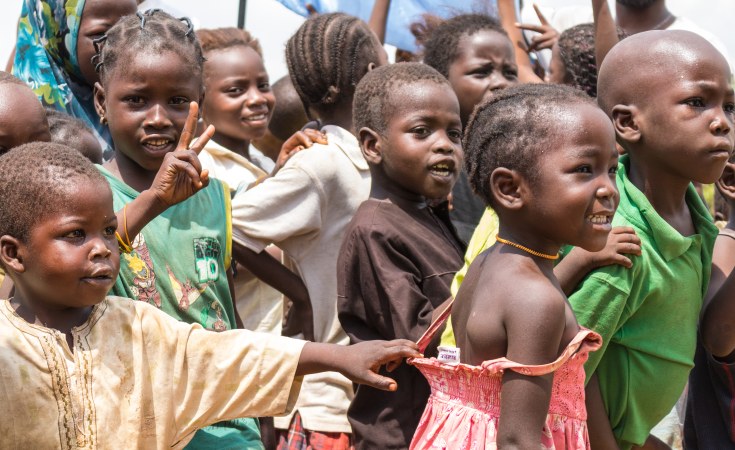 The toxic mix of factors which threaten the cohesion of Nigeria, Africa's most populous nation include:

Professor Kingsley Moghalu, Special Envoy of the United Nations Development Programme on Post-Covid Development Finance for Africa, a former deputy governor of Nigeria's Central Bank and presidential candidate in 2019, says the next two years "may be Nigeria's last real chance to reverse course from continuing decline and begin the journey to development and nationhood." He says that the 2023 election "looms against the backdrop of kidnapping, banditry and terrorist attacks, the world's highest extreme poverty rate, and the second highest unemployment rate." "Real leadership is required", he says, for "the transformation we so badly need".

An example of Nigeria's plight, Moghalu says, is that most people in the country with the tenth largest oil reserves in the world have little or no access to electricity, and even the wealthy and businesses depend on private generators for reliable power. "After 60 years of independence and 21 years of our current status as a democracy, Nigeria has 5,000 megawatts of electricity for 200 million people. South Africa, with a population of 60 million, has 58,000 megawatts."

Professor. Isaac Olawale Albert, founding director of the Institute for Peace and Strategic Studies at the University of Ibadan, in a paper for the Nigeria Centre for Petroleum Energy Economics and Law, writes that ineffective and corrupt government leads people "to fight one another along ethnic and religious lines as they compete for the little available social, economic, environmental and political resources."

While political parties jockey to position themselves, the efforts of peacebuilders working locally and nationally to mediate and prevent conflicts are challenged by the depths of the crises besetting every region of the 200 million-strong nation.

The movement that has drawn most government and international attention over the past two decades is Boko Haram, beginning when its followers attacked police stations in Yobe State in December 2003.

The group's militants initially exploited northern Nigerians' resentment of political corruption and government neglect of the region, but sometimes brutal and generally ineffective responses from security forces contributed to the insurgency's growth.

Activities of Boko Haram and its offshoots and competitors, mainly in the states of Borno, Adamawa and Yobe, are variously reported to have caused 20,000 to 36,000 deaths since 2009, and to have displaced two million people. Its most notorious attack was the abduction of 276 schoolgirls from the Government Girls Secondary School in Chibok in the northeast state of Borno. As at the seventh anniversary of the kidnapping, more than 100 girls remained in the hands of Boko Haram.

The failure of Nigeria's government to curb Boko Haram contributed to the election in 2015 of President Muhammad Buhari, a retired army major-general who was head of state from 1983 to 1985 during a time of military rule.

Under Buhari's direction, the army set up "Safe Corridor", an initiative designed to attract Boko Haram supporters on the margins of its hardline core of fighters and to provide them with education, vocational training and psychological support. But the new administration's promising initiatives were not sustained, and the violence spread to the northwest region and beyond.

In the northeast region, last December, Boko Haram claimed responsibility for the abduction of 344 boys at a school in Kankara, Katsina State. In February more than 270 girls were kidnapped in Zamfara State.

Buhari's government claimed to have defeated Boko Haram, but now acknowledges that it is fighting what it brands as "an international criminal gang" in the form of the Islamic State West Africa Province (ISWAP).

ISWAP was formed in 2016 when it broke away from the faction led by the most prominent Boko Haram militant, Abubakar Shekau, leader of a faction known as the Jamā'at Ahl as-Sunnah lid-Da'wah wa'l-Jihād (JAS). Shekau was reported to have blown himself up in May 2021, when he detonated a suicide vest during a clash with ISWAP forces in the Sambisa forest, the Boko Haram haven near the Cameroon border in which it first hid the "Chibok girls".

ISWAP, which also operates beyond north-east Nigeria in the Chad basin, is now reported to be the strongest Boko Haram splinter group, and recent interviews with defectors suggest that it enjoys a symbiotic relationship with the Middle Eastern jihadist group known in the West as the Islamic State of Iraq and Syria (ISIS).

Today, attacks on schools and communities in northern Nigeria have become sadly routine. During seven days in April, for example, armed groups attacked Damasak town in Borno State three times, causing an estimated 80 percent of the town's population to flee.

At the United Nations office in Geneva, Babar Baloch of UNHCR, the UN refugee agency, said that due to insecurity in the state, "humanitarian access is increasingly challenging…Despite the challenges, we stand ready to assist those newly displaced people we can reach. The agency says that in this seventh year of the security crisis, some 2.9 million people are internally displaced in north-eastern Nigeria alone."

Less well known internationally than the Boko Haram insurgency, but a continuing threat in the north-west and Nigeria's 'Middle Belt' states, is the conflict between crop farmers and pastoralists who need to move their animals in search of grazing.

Clashes between the two groups have increased over the past decade as a result of population growth and the deterioration of the environment, leading to competition over land resources. Climate change has been an important factor, with changing weather patterns forcing herders to move further south in search of food and water for their livestock.

Eight thousand people are reported to have been killed in violence between 2011 and 2019 in the seven states of the Northwest, while 260,000 had fled their homes by 2020.

The conflict in the region has also mutated, with the growth of armed groups, including militias, vigilantes and criminal gangs.

After an outbreak of violence in central Nigeria's Middle Belt in 2018, the federal government in Abuja launched a National Livestock Transformation Plan to limit the movement of cattle and thus reduce the potential for conflict with crop farmers. The scheme has yet to fulfill its potential.

The South and East

In the Southeast, Southwest and 'South-South' zones of Nigeria, there has also been conflict between herders and farmers as well as attacks by armed gangs.

In recent months, the prospect of a new insurgency has loomed with the upsurge of secessionist sentiment in the Southeast which gave rise to the Biafran war of the late 1960s. Federal forces have cracked down on the group known as the Indigenous People of Biafra and its military wing, the Eastern Security Network. Regional governors are planning talks with the federal government to address the marginalistion of young people which they suggest is fuelling tensions.

Insecurity across the country

As the problems mount, scholars are pursuing research they believe is essential to inform those who make policies and those who do the hard work of building peace. "Peacebuilding", Professor Albert says, requires "managing the structure of a society in a manner that ensures inclusivity at the social, economic, political, or gender level."

The Covid-19 pandemic, he says, has "brought Nigeria to the stage of two kinds of unconventional warfare: the asymmetric war with Boko Haram and others and the invisible war" with the virus. Pointing to the "governance gap" that has led people to distrust their officials, he forecasts increasing problems during the current health crisis and in the post-Covid era. He believes that "Africa needs to learn some lessons from the motto of UNESCO (the UN Educational, Scientific and Cultural Organization), which says: 'We must construct the defenses of peace in the minds of women and men' in order to get at the root causes of conflict.'"

Cyril Obi, who manages the programmes of the African Peacebuilding Network of the Social Sciences Research Council, in an interview with Ufahamu Africa in December, said that peace workers and institutions have done much work to change the trajectories of conflict and peace on the African continent, but he fears that" the dynamic of conflict is fast outpacing the response time of policy institutions like the African Union, the regional economic communities".

Obi finds hope in a new generation of young peacebuilders: "A lot of the international peacebuilding is from outside and goes from top down and is basically evolving state actors. But there's also a lot of innovation that is taking place below the radar of the state, including non-state actors, including civil societies, including local communities. And we need the scholarship to bring this out, so, that we can have examples of best practices that can be disseminated across both the scholarly and policy worlds."

Other staff contributed to this article. AllAfrica's reporting on peacebuilding is supported by a grant from the Carnegie Corporation of New York. 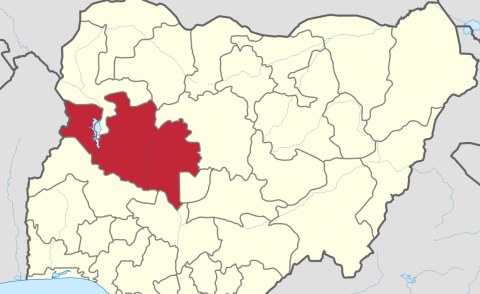 Boko Haram's Reach Is Spreading to More Nigerian States
Tagged:
Copyright © 2021 allAfrica.com. All rights reserved. Distributed by AllAfrica Global Media (allAfrica.com). To contact the copyright holder directly for corrections — or for permission to republish or make other authorized use of this material, click here.