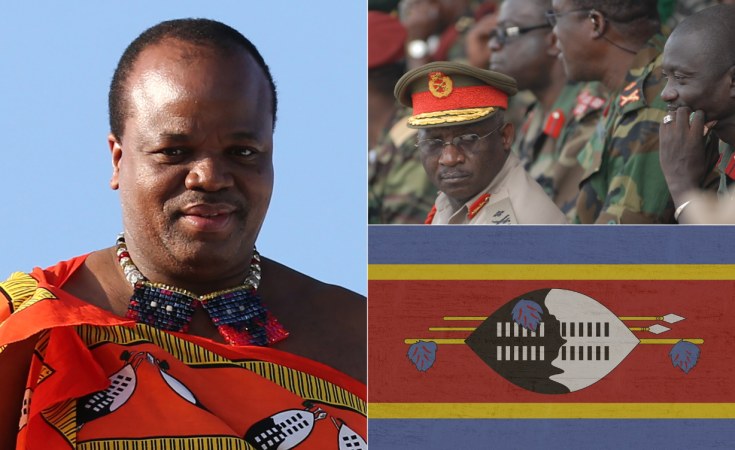 Johannesburg — South African President Cyril Ramaphosa and Chairperson of the Southern African Development Community (SADC) Organ on Defence, Politics and Security Cooperation has appointed a special envoys to engage with King Mswati III of the Kingdom of eSwatini on security and political developments in the Kingdom. This comes after fresh prodemocratic protests started months after authorities quashed an earlier round of protests in June 2021.

At least 29 people have been killed since the protests started, as shops were looted and businesses set on fire. Protests are demanding that the country be democratized, political parties to be unbanned and against a dire economic situation they live under amongst other grievances.

Demonstrations against the authoritarian monarchy escalated following the shooting of a student in mid-May. Swazi Media Commentary reported that marches took place in at least 10 places, mainly in rural areas despite a ban placed by the king on pro-democracy demonstrations. Reports indicated that as many as 19 people had been shot dead, allegedly by the military.

The special SADC delegation includes Jeffrey Radebe, a former South African government minister, and Candith Mashego-Dlamini, South Africa's deputy minister of international relations and cooperation, as well as representatives from Botswana and Namibia. The envoys will be accompanied by SADC Executive Secretary Elias Magosi and other senior SADC officials. The special envoys will be received by King Mswati the third.

Speaking to the South African state broadcaster the SABC, Jeff Radebe said "The prospects depend on the people of eSwatini, our role is to facilitate the resolution of the political challenges that the people are faced with and I am very confident that especially as South Africa having been good neighbors with eSwatini, having historic relations that we are one family."

"Whatever happens at eSwatini has a negative impact not only to South Africa but to the Southern African region. I don't think there are problems that are big or small, if we sit around the table there must be solutions, I will go to eSwatini with an open mind. We are committed as Africans to Agenda 2063 of The Africa We Want to See, that is the objective at the end of the day. Our mission is simple, though I know that the issues are very complex, it is our responsibility for us to simplify the issues so that we come to solution as to what is needed as the lasting solution to the people and the nation of eSwatini," he said.

King Mswati III has ruled eSwatini, formally known as Swaziland, since 1986. Mswati's rule has been criticized for being heavy-handed in dealing with protesters as well as blocking communications channels in the Kingdom.

This is what some social media users had to say about the protests:

Blessed SparklesRed heart @jabs_unfiltered
"There is a mass genocide happening in Swaziland and the international community's silence is deafening!!! We will never forget!!!" #EswatiniProtests

Mweli Masilela
@mwelimasilela "The government of Eswatini is busy with a process of recruiting more police officers at a time when protests are intensifying across the country." #EswatiniProtests.

YOURS IN HIP HOP

@SupaCDQ "Police and Soldiers are killing and shooting innocent and unarmed Protesters in Swaziland. The government has shutdown the Internet as well."