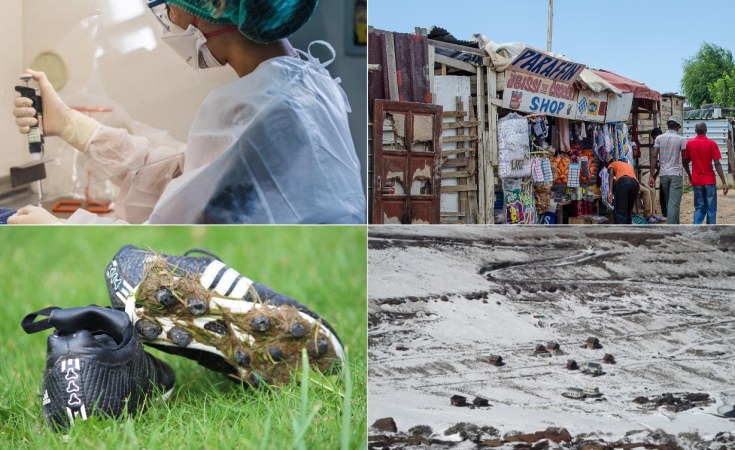 People with certain illnesses or who are on treatments that weaken their immune systems can get an extra shot of a Covid-19 vaccine because the normal number of doses don't work well enough for them. The health department will soon be updating the Electronic Vaccination Data System (EVDS) so that vulnerable groups can get their booster dose at vaccination sites.

Diepsloot township in Gauteng will be shut down from today by residents demanding more police patrols for their area as murders and other crimes escalate. Johannesburg police spokesperson Brenda Muridili said the police have marshalled extra units to the area to try and contain the protest.  Muridili said new recruits were not taken into the SAPS due to Covid-19 and made it hard to deploy new units to the area.

Springbok rugby team's star scrumhalf Faf De Klerk, 30, will part ways with English Club Sale Sharks, amid rumours that he may be joining a Japanese club. His compatriot Lood De Jager, 29, will also leave at the end of the season. De Klerk has  made 95 appearances for the northwest club since joining in 2017, scoring 14 tries and 39 conversions in his 241 points. De Jager has made  25 appearances for the club, scoring three tries, since he joined after the 2019 World Cup.

Brrr.... - Get Ready For Some Snow South Africa!

According to the South African Weather Services (Saws), we may see the first snowflakes this week. South African Weather Service forecaster Thandiwe Gumede, said that weather models are suggesting a stronger upper air system this weekend that will bring heavy rain to Free State, North West, Eastern Cape, KwaZulu Natal and Gauteng from Friday. There will be a drop in temperature with snow of up to 10cm expected in the eastern parts of Lesotho from Saturday.

Latest Regulations a Guide for Sectors to Promote Vaccination