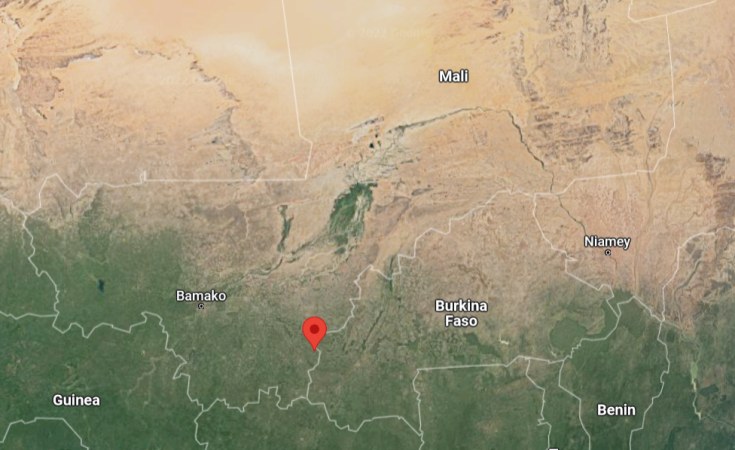 Bamako, Mali — Gunmen have attacked a checkpoint just 70 kilometers from Bamako, Mali's capital, leaving six dead, in a sign of increasing insecurity in Mali as the French army withdraws from the country and tensions rise between the U.N. and Mali's military government.

Zantiguila is on the main road connecting Bamako with Ségou, 240 kilometers to the north.

Mali has been fighting an Islamist insurgency for a decade and has seen increasing insecurity in recent months in the center and north of the country as the French army has gradually withdrawn from Mali following a breakdown in France-Mali relations and concerns about Mali working with Russian mercenaries.

Tensions have also mounted in recent weeks between Mali's military government and the U.N. mission to Mali, MINUSMA, with Mali refusing to allow the U.N. to carry out human rights investigations as part of its mandate.

Following the arrest of 49 soldiers from Ivory Coast, who came to Mali as support for a U.N. contingent, the Malian government Thursday suspended all rotations of U.N. forces in the country until further notice. MINUSMA has supported the Malian army in maintaining security in much of the country since its creation in 2013.

Attacks near Bamako, Mali's southern capital, are usually rare, but the security ministry also announced an attack in Fana, Mali, just 130 kilometers from Bamako, in June.

Is Junta Trying to Ditch Peacekeepers?