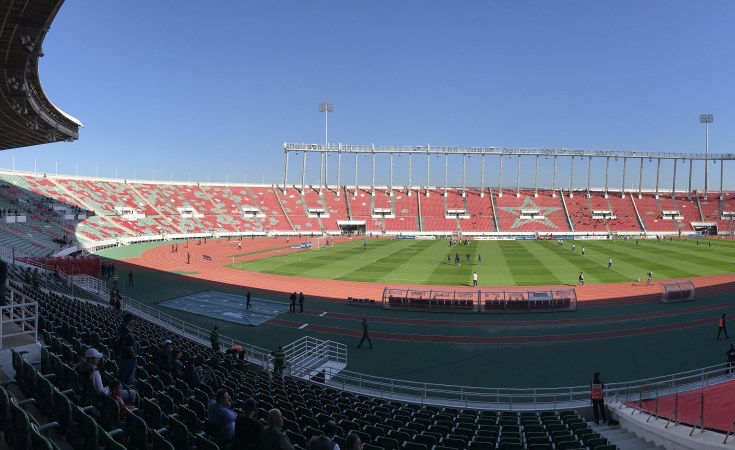 KSKB1935 / Wikimedia Commons (CC BY-SA 4.0)
The Moulay Abdellah Stadium in Rabat, the venue of the WAFCON final to be held on Saturday July 23, 2022.
Confederation of African Football (Giza)

She may have left the Mohammed V Stadium with a coveted WAFCON Woman of the Match trophy, but it would surely have been the most heartbreaking of accolades for Grace Chanda.

The Copper Queens number 10 capped a sensational tournament with yet another brilliant display, but sadly a last-minute Linda Mothalo penalty condemned Zambia to disappointing defeat in the Southern African semifinal.

Chanda's distribution was superb and her timing impeccable as she and Zambia pulled out all the stops in the semi-final, but they fell agonisingly short.

"We were so close. We controlled the game, but we didn't win. We will now focus on the third place playoff match and bring the bronze medal home," said Chanda after the match.

With head held high, the Zambian starlet says she is very proud of her team.

"We showed that despite the absence of some senior players, we were able to outsmart our opponents. That was not the case this time, but we will be ready for next time," she concludes.

Chanda was also named Woman of the Match during this WAFCON against Togo as she enhanced her stellar reputation.

The Copper Queens will return to the Mohammed V Stadium this Friday for the bronze medal match.