Hosts Morocco will face South Africa in the 2022 Total Energies Women's Africa Cup of Nations final on Saturday July 23, 2022. Both teams are looking to clinch the title for the first time.

South Africa beat Zambia 1-0 in Casablanca on Monday July 18, 2022. A stoppage-time penalty converted by Linda Motlhalo came after Banyana Banyana fought hard to beat the Copper Queens to secure a second consecutive shot at the final and a fifth overall in the history of the competition.

In July 18's other semi-final, Morocco stunned ten-woman Nigeria 5-4 on penalties. The Atlas Lionesses had drawn 1-1 with the Super Falcons after extra time, setting up the post-match penalty shootout.

Zambia will play Nigeria in a third-place playoff match, also on July 23, 2022. 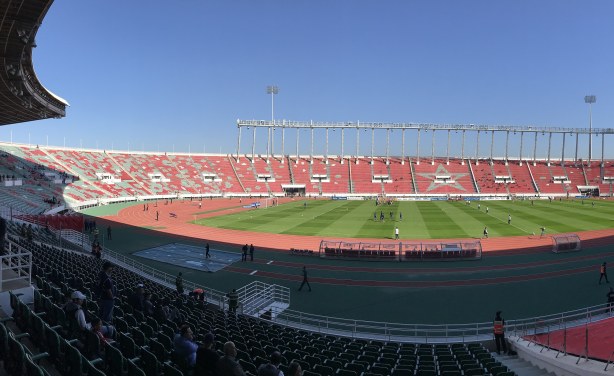 The Moulay Abdellah Stadium in Rabat, the venue of the WAFCON final to be held on Saturday July 23, 2022.