Cameroon: Why the Spoils of War May Outweigh Incentives for Peace in Cameroon 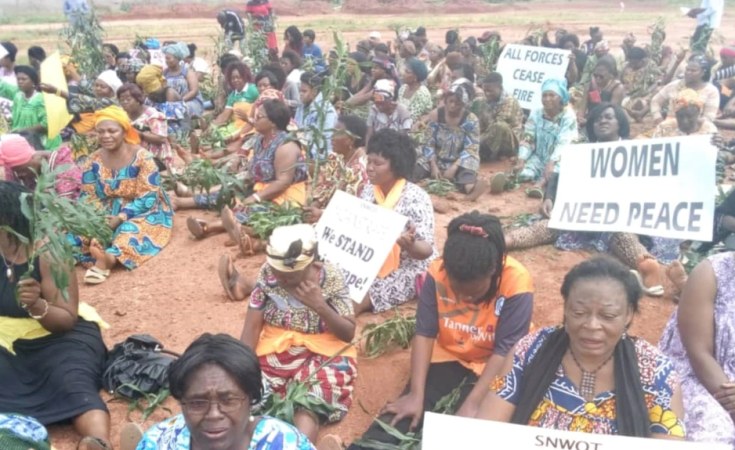 Cambridge, UK — 'This is no longer a struggle for the common man, but instead an economic venture.'

Five years into a deadly separatist conflict in Cameroon's English-speaking regions, hopes of finding a negotiated settlement seem more distant than ever as both the government and secessionist rebels dig in, according to civil society activists.

It's a conflict marked by spikes of extreme violence that invariably target civilians. The latest high-profile incident was last month, when government soldiers killed nine people in Missong village, in the anglophone Northwest region.

Rights groups accuse both the security forces and secessionist fighters of serious abuses that include extrajudicial killings, rape, kidnapping, and torture.

The root of the conflict is the central government's historical marginalisation of the two English-speaking regions, the Northwest and Southwest, home to about 20 percent of the population.

But the dynamics of the violence have changed with the growth of a lucrative "war economy", typically involving kidnapping and the broader extortion of the civilian population. The political and economic spoils of the war have reduced the incentive to find a negotiated settlement.

"This is no longer a struggle for the common man, but instead an economic venture," Alhaji Mohammed Aboubakar, the influential imam of the Central Mosque in Buea, Southwest region, told The New Humanitarian by cell phone earlier this year.

And that is not good news for the 640,000 people displaced over the five years of war. The conflict has upturned the lives of more than two million people and lead to sexual and gender-based violence perpetrated by both sides, shuttered schools, and impoverished both regions.

All known peace initiatives - and they have so-far involved the United Nations, the Catholic church and regional and international governments - have either stalled or failed.

That has included the "Swiss process", a behind-the-scenes move by the Geneva-based NGO Centre for Humanitarian Dialogue to host a series of "pre-talks" -- capacity-building sessions with separatist leaders. It ran aground in 2019 after the Cameroon government rejected the approach.

Secret bilateral negotiations, led primarily by the office of Prime Minister Joseph Ngute and a group of imprisoned separatist leaders known as the "Nera 10" , also stumbled after two exploratory rounds - the result of infighting among secessionists and a perceived lack of will within the government to make the necessary political concessions.

The largely diaspora-based separatist leadership - initially key to raising funds and buying weapons - has seen their influence slip as fighters increasingly turn to homegrown sources of revenue. Their political clout has also been diminished by constant internal feuding.

"When petty self-interest clouds the minds of so-called leaders, their relevance to the suffering masses - who are literally an ocean away - will be non-existent," said Sarah Derval of the pro-peace coalition of female civil society leaders, the Southwest-Northwest Women's Task Force.

That lack of control over fighters has encouraged a sense of lawlessness, which has undermined the appeal of the separatist cause.

In some cases, tired of the war - and what is often the high-handedness of the armed men in the bush - communities have demanded that secessionist fighters leave their villages, or have attacked separatist camps. That does not necessarily mean a vote of confidence in the government; rather, it's likely a sign of frustration over the disruption caused by the conflict.

Yet, the perception of the fighters is that they are local champions, risking their lives for a legitimate cause. "We are living among the people we are fighting for, and will never lose touch of what their situation is," the spokesperson for the umbrella Ambazonia Military Forces, who goes by the nom de guerre "The Liberator", told The New Humanitarian.

Abductions have been one of the main methods for separatist fighters to assert control. They are referred to as "arrests", with individuals released when "bail is paid" - in other words, a ransom.

Once largely limited to government officials, and those seen as hostile to the secessionist movement, kidnapping is now so widespread it can be impossible to determine who is responsible for a particular abduction, with multiple groups - some purely criminal - demanding money.

"At the outset of this crisis, it was clearly the non-state armed groups engaging in the practice," said Akem Kelvin Nkwain, a lawyer with the Buea-based NGO Centre for Human Rights and Democracy in Africa. "While that still occurs, now there are many gangs who have no stake in the conflict and are after people for no political reason - it's just about money."

There is a similar, long-standing practice of paying bribes to government officials for the release of people detained by the security forces - sometimes on the flimsiest of pretexts. It's a racket that has increased with the crisis, with failure to pay a bribe potentially resulting in being held indefinitely on terrorism charges.

Separatist groups also tax profitable areas of the economy, including the cocoa industry. Cameroon is the world's fifth largest producer, with nearly half of the cocoa coming from the Southwest region. Output suffered at the beginning of the conflict, but over time, armed groups have imposed a system of fees that allows the crop to be transported over the border to Nigeria or to the main international port in Douala.

"We allow them to do their business, but they have to support the struggle," a separatist fighter, known as General A.M. Michael, based in the Southwest region, told The New Humanitarian.

Although the war has absorbed some of the military's best units, an emboldened government feels able to contain the insecurity. This month it celebrated the death of a feared commander, Oliver Lekeaka - better known as "Field Marshal" - whose body was put on public display.

A critical earlier victory was the successful hosting of the 2021 African Cup of Nations football tournament. Despite the separatists' vow to wreck the event, matches went ahead in the Northwest and Southwest regions, with little disruption.

The government sees the situation in urban areas as relatively stable, with the separatists unable to coordinate any major action - especially as bouts of internecine violence among rival commanders continues to take a toll on the movement.

Seemingly of more pressing concern to politicians is the succession issue, analysts suggest - who will take over from the country's ageing president, Paul Biya. Political concessions now, as part of a peace deal, would mean changes to a political economy on which Biya's rule is based.

"Biya and his tribesmen have robbed the country blind, and refuse to concede power of any instrument of state in order to continue to do so," said Joseph Wirba, a former MP who fled the country after condemning the government's actions in the anglophone regions. "They won't change unless forced," he told The New Humanitarian.

It's widely acknowledged that at some stage there needs to be a negotiated settlement. "Every day that this pointless war goes on, the blood of another life stolen from us stains the ground of this land," said Esther Omam, a leading peace advocate.

The urgency for talks is even shared by some rank and file separatist fighters. "The more the war is prolonged, even if we get the desired result at the end of the day, we run the risk of many lives being lost," explained The Liberator.

But peace making takes hard work, notes Andrew Nkea, archbishop of Mamfe, in the Southwest Region. He has been involved in multiple efforts to initiate talks in his conflict-hit community, and is realistic that ending a war, in which so many interests are involved, will be an uphill struggle.

"There is no quick fix to a conflict like this one," he told The New Humanitarian. "This is going to be a long process."

Next Story
Tagged:
Copyright © 2022 The New Humanitarian. All rights reserved. Distributed by AllAfrica Global Media (allAfrica.com). To contact the copyright holder directly for corrections — or for permission to republish or make other authorized use of this material, click here.