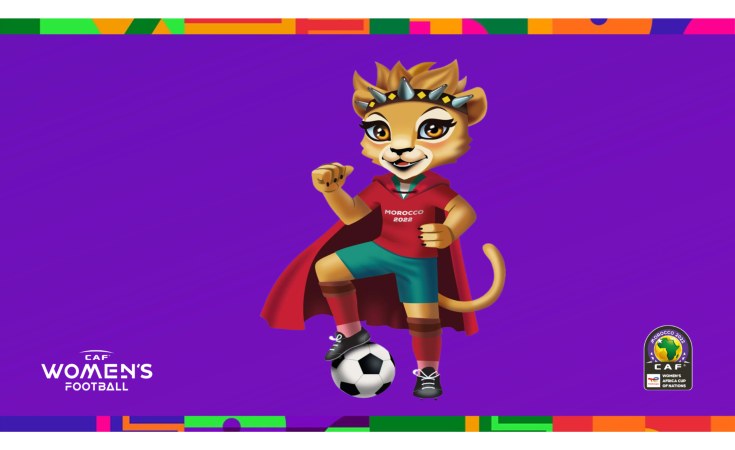 CAF Online
The mascot of the the TotalEnergies Women's Africa Cup of Nations, held in Morocco in July 2022.
Premium Times (Abuja)
By Tunde Eludini

The Nigeria national women's team lost 1-0 to their Zambian counterparts Friday night in the match for the bronze medal at the ongoing Women's Africa Cup of Nations.

Having failed to make it to the final, the Super Falcons and Shepolopolo needed the bronze medal match as some form of consolation.

However, even though it was the Nigerian ladies that dominated play at the Complexe Mohamed V in Casablanca, a fortuitous strike just before the half-hour mark by Evarine Katongo was helped into the net by Chiamaka Nnadozie.

Katongo, 19, was later voted Woman-of-the-Match as her contribution helped Zambia to their first ever win over Nigeria.

The Super Falcons did have a series of chances to pull level but they were let down by their poor finishing and good goalkeeping on the part of the Zambians.

The development saw the Falcons slump to their third defeat in Morocco following earlier losses against South Africa and then Morocco.

Gift Monday, Ashleigh Plupmtre, and Ngozi Okobi among others all had decent chances they did not convert.

The only time before now that the Super Falcons finished fourth on the continent was 20 years ago when they were beaten 1-0 by Cameroon in the third place match of the 2012 edition.

The Super Falcons really missed the duo of Rasheedat Ajibade and Halimat Ayinde - who were suspended for Friday's game - and Captain Onome Ebi who is out injured.

Many would also finger the off-the-pitch distractions for the Super Falcons' poor show as they only trained once for the Zambia game having been protesting unpaid allowances.

While Friday's outing was a nightmare for the Super Falcons who are nine-time African champions and are playing in their 14th WAFCON tournament, it is one to remember for the Zambians for whom Morocco 2022 is their fourth appearance.

The final match for the 2022 WAFCON will take place in Rabat on Saturday between hosts Morocco and South Africa.