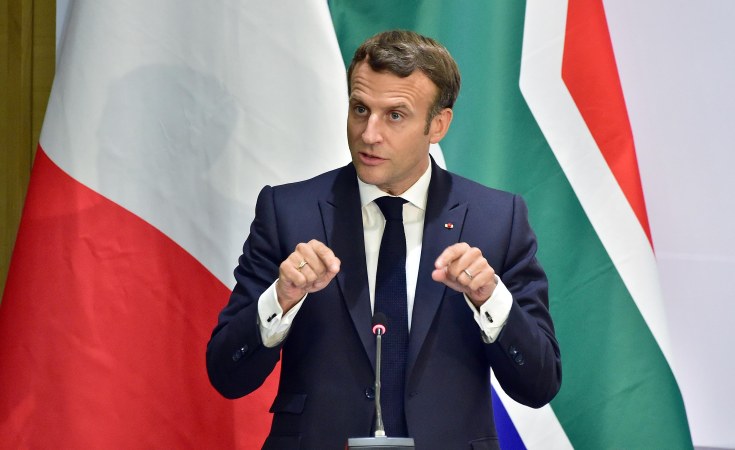 Yaounde — French President Emmanuel Macron is on a first trip to Cameroon and will meet Tuesday with long-ruling President Paul Biya to discuss security, economic, and food challenges. Like much of Africa, Cameroon is struggling with rising prices for fuel and grain caused in part by Russia's invasion of Ukraine.

Speaking Tuesday in Yaounde after meeting with Cameroon's president, Paul Biya, Macron said he is particularly worried that the consequences of the war will be increasingly felt in Africa, where many people go without sufficient fuel and food, and shortages have led to unprecedented price increases.

Macron said European economic sanctions on Russia, which are having an indirect effect on Africa, are intended to stop Russia's attack on Ukraine's sovereignty and not to punish Africans. He said France is interested in the well-being of civilians in both African countries and Ukraine.

The visiting French president did not say how much France would invest to boost agricultural production in Africa, but said Cameroon is one of the countries chosen for agricultural investments.

The U.N. says that Africa depends on Russia and Ukraine for more than 50 percent of its wheat imports.

Marcon said France will give support to countries fighting terrorism, should the affected countries request France's military assistance. He said his country is still considering if French troops can be deployed to Africa as was the case in some countries, including Mali.

Cameroon faces Boko Haram terrorism that has killed over 30,000 people and displaced two million within 10 years in its northern border with Chad and Nigeria. The central African state also faces separatist conflicts that have killed at least 3,300 people and displaced more than 750,000 in 5 years, according to the U.N.

Cameroon's President Biya said he is very happy that France has pledged to help with what he called Africa's predicaments. He said living conditions will improve in Africa when terrorism is eliminated or reduced and if western countries negotiate an end to Russia's war in Ukraine.

Biya says he is very happy that France has agreed to assist not only Cameroon but the entire African continent to fight against security threats. He says support from France will enable Cameroon to totally destroy Boko Haram. Biya says he suggested to Macron that Russia's war in Ukraine, which is causing untold suffering across Africa, should be ended by way of dialogue between Western powers and Russia, not through confrontation or war.

France says Macron, accompanied by the French ministers of foreign affairs, armed forces and foreign relations and the French secretary of state for development, will leave Cameroon Tuesday night for Benin and later Guinea-Bissau.

French President Emmanuel Macron Can Be a Peacemaker in Cameroon