President Emmanuel Macron began a three-nation tour of west African states on Monday July 26, 2022, in the first trip to Africa of his new term. Macron kicked off the tour with a visit to Cameroon, followed by Benin and then ending the trip in Guinea-Bissau on July 28, 2022.

In his first visit to Cameroon, the French leader met with long-ruling President Paul Biya, who has ruled the country for almost 40 years and is the longest-serving non-royal leader in the world.

Macron assured Biya that France will help African countries face the shock caused by the war between Russia and Ukraine by encouraging local investments in agriculture to increase food production. He said he totally agrees with European Union leaders' call on Russia to immediately stop targeting Ukrainian agricultural facilities and to permit the export of Ukrainian grain.

President Biya said he is very happy that France has agreed to assist - not only Cameroon - but the entire African continent to fight against security threats. He said that support from France will enable Cameroon to totally destroy Boko Haram. Cameroon has also been riven by ethnic violence and an insurgency by anglophone separatists,

His trip to Benin was marked by the release of 30 opposition figures, imprisoned during the April 2021 election campaign. Macron's host, President Patrice Talon, comfortably won that election, from which the vast majority of opposition candidates were barred.

Macron has insisted that his country's military presence in the region will adapt, rather than disappear once the pull-out from Mali is complete. 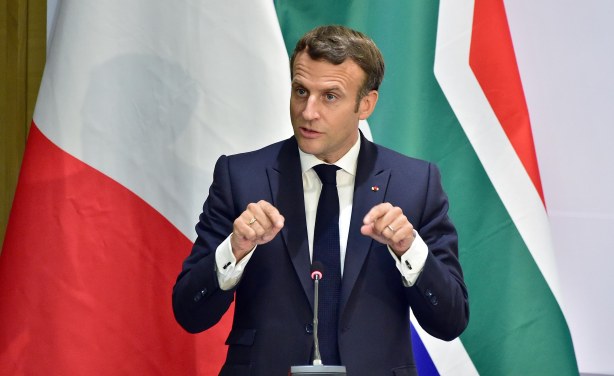