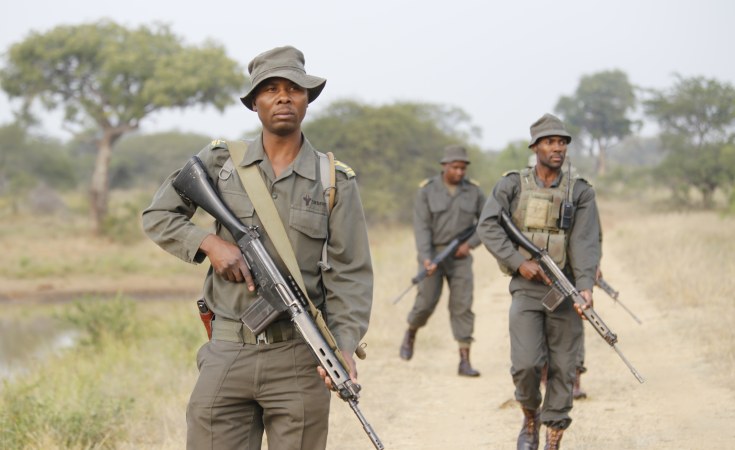 Ahead of World Ranger Day, Minister of Forestry, Fisheries and the Environment Barbara Creecy paid tribute to Timbavati's Head Ranger, Anton Mzimba, who was gunned down outside his home this week.

Creecy said Mzimba dedicated his life to conservation and the promotion of sound relations between conservation authorities and communities living on the outskirts of protected areas.

"I take this opportunity to salute his personal courage and the commitment with which he tackled his responsibilities. I will also be sending my sincere condolences to his wife and young family who have been left bereft of their father and breadwinner through this heinous crime," the Minister said on Thursday.

The Department of Forestry, Fisheries and the Environment's Green Scorpions stands ready to work with the police to arrest the murderers of Mzimba, who was gunned down outside his home on Tuesday this week.

"Mzimba had 24 years' experience as a field ranger and was the winner of the Field Ranger of the Year award at the annual Rhino Awards in 2016. He was a key member of the Greater Kruger Environmental Protection Forum. His murder only a few days ahead of World Ranger Day on 31 July, highlights the dangers rangers face protecting our country's wildlife on a daily basis.

"Recent trends in rhino poaching show a move away from the Kruger Park to private reserves and KwaZulu-Natal where the majority of rhinos have been killed this year. This makes it all the more important for national government to shift its focus to supporting provincial authorities and private reserves in the war on rhino poaching," Creecy said.

Last month, a meeting was held in the Timbavati area with the intentions to cement earlier engagements through the Integrated Wildlife Zone initiative and the Greater Kruger Environmental Protection Forum to form a united front to combat wildlife crime, and support rangers who are the frontline of anti-poaching efforts.

At this meeting Mzimba spoke passionately about the daily struggles rangers face in the ground battle he and fellow rangers are leading.

The department explained the integrated approach in which analysts from the Environmental Enforcement Fusion Centre, the Green Scorpions, the SAPS and the Hawks work together on focused investigations with the aim of disrupting criminal enterprises.

The department said the number of successful arrests and prosecutions recorded over the past six months can be attributed to the continued successful collaboration between the law enforcement agencies, customs and excise officials and the National Prosecuting Authority.

Partnerships between the public and private sector remain key to combating wildlife trafficking.

In addition to work being undertaken within the seven Integrated Wildlife Zones, the partnership now includes both the financial and transport sectors, and the transit and end user countries in Southeast Asia, especially with the People's Republic of China, Malaysia and Vietnam.

"We urge all who are concerned about rhino poaching and the toll it is taking on our rangers to reach out to with concrete offers of help to the APNR management. Our duty now is to pick up Ranger Mzimba's fallen spear and continue the battle in his name. There is no greater tribute we can pay to this man who made the supreme sacrifice for the conservation of our endangered species," the Minister said.