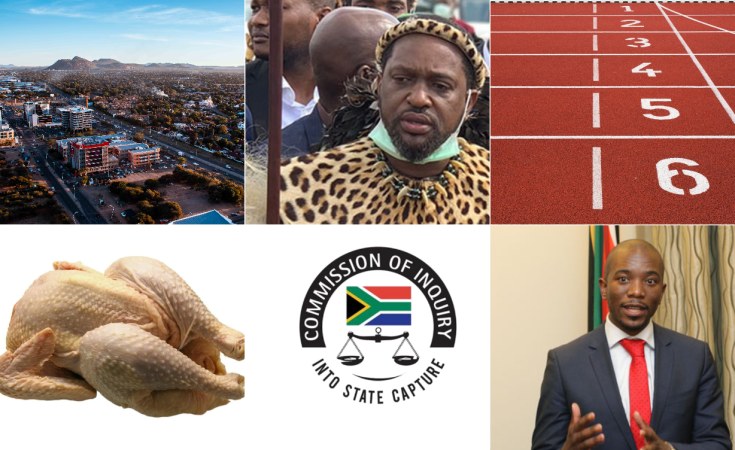 South Africa's President Cyril Ramaphosa arrived in Gaborone, Botswana today on a working visit to lead talks at the high level South Africa-Botswana Business Round-table.
South Africa is a major import partner for Botswana with a market share of about 56.8% in 2021. Botswana benefits from regional economic integration and the facilitation of duty-free movement of goods with a common external tariff on goods entering any of the countries from outside the Southern African Customs Union - an African regional economic organisation - whose members include Botswana, Lesotho, Namibia, South Africa, and Swaziland.

Date for Zulu Coronation Has Been Set

The AmaZulu royal family has set August 20, 2022 as the date for the coronation of King Misuzulu kaZwelithini. Traditional Prime Minister to the AmaZulu nation, Prince Mangosuthu Buthelezi, made the announcement last night. The Zulu royal household has been in uproar at the succession, after the passing of King Goodwill Zwelithini on March 12, 2021 and soon after, the death of Queen Regent Mantfombi  Dlamini, who before her sudden death on April 21, 2021, chose her son and the late monarch's son Misuzulu, as successor to the throne.

It's Silver for Simbine at Commonwealth Games 2022

Akani Simbine, 28, fought hard to win the silver medal in the men's 100m final at the Commonwealth Games in Birmingham on Wednesday evening. Simbine had to settle for second behind Kenyan Ferdinand Omanyala - Africa's fastest man - after being unable to defend his 2018 Commonwealth Games title. Simbine tested negative for Covid-19 after teammates in the 4x100 relay Clarence Munyai and Emile Erasmus were declared positive and had to withdraw.

To ease rising chicken prices for the South African consumer, the government has lifted import duties on chicken from countries such as Brazil, Denmark, Poland, Ireland and Spain. However local producers are seeing the move as a "betrayal" by Trade and Industry Minister Ebrahim Patel, IOL reports. Tariffs are an important component of South Africa's poultry master plan signed by the minister in 2019, to protect local poultry producers from "dumping" and save jobs in an industry that employs about 100,000 people.

Bain Banned In UK For Capture of SARS

One South Africa Movement leader Mmusi Maimane has called for increased policing after being a victim of an armed robbery at a bar in Claremont, yesterday. The three gunmen made off with an undisclosed amount of cash and patrons' belongings. Maimane was with a family member, visiting from overseas.
Maimane said he didn't immediately realise a robbery was taking place because the waitress asked the men if they wanted a table for three. The men then started brandishing weapons and ordered the bartender to hand over cash while forcing patrons to get under their tables. They then proceeded to rob patrons of cell phones, bags, and jewellery, IOL reports.