South Africa: Women Must Take the Lead in #AfricaClimateCrisis Solutions 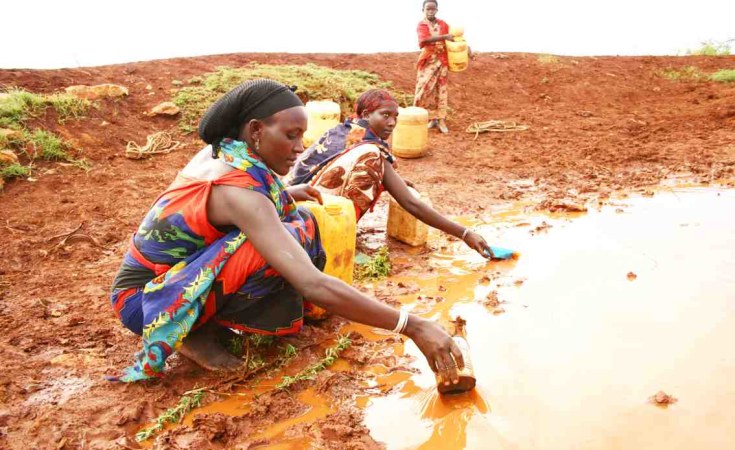 In honour of women's month, and as part of the country's drive to deal with the climate emergency, the government arranged a webinar on August 5 to discuss the challenges and provide a platform for women to propose their own solutions.

On the panel were Her Royal Highness Princess Beatrice Tsakani Nkambule - an entrepreneur, and community builder representing the Presidential Climate Change Commission. Thandile Chinyavanhu, an environmental and social activist, working as a climate change and energy campaigner for Greenpeace Africa writing about the intersectionality of climate change, particularly for women of colour and Thandiwe Mchunu, a farmer from KwaZulu-Natal, currently studying towards a master's degree in Chemical Engineering at the University of KwaZulu Natal and using her farming methods to support her research.

Climate change has had a devastating impact on the African continent. Recently, South Africa witnessed dreadful flooding resulting in loss of life and homes, and damage to property in KwaZulu-Natal and parts of the Eastern Cape and the Northwest. These devastating floods can be attributed to the impact of climate change.

The Minister of Forestry Fisheries and the Environment Barbara Creecy, in July 2022, at a high-level political discussion at the 13th Petersburg Climate Dialogue in Berlin, Germany, highlighted the importance of adequate financing from developed to developing nations to support the just energy transitions towards climate resilient societies, and net-zero emission futures. In July 2022, the Presidential Climate Commission handed over the Just Transition Framework to President Cyril Ramaphosa that it says will guide South Africa's transition to a low-carbon inclusive, climate resilient economy and society. South Africa is doing so in order to meet international obligations as part of global efforts.

According to HRH Nkambule, this framework is about increasing the ability of communities to adapt to the adverse impacts of climate, fostering a climate-resilient economy and reaching the net-zero target greenhouse emission target by 2050. It's also about ensuring that, as a country, South Africa creates decent work for all, inclusive growth and the eradication of poverty. The framework's goal is to ensure that people are at the centre of decision-making, especially those who bear the worst impacts of the global climate crisis.

"As women, we have to be part of the design and the implementation of climate change response actions. As women, we need to lead and contribute to finding solutions towards a sustainable future. As women, we need to reflect on how we will be impacted, how we are already impacted or will be impacted by this adverse climate condition. How do we adapt our businesses and our environment to respond to the effects of climate change? Women in South Africa are vulnerable, women in rural areas are in the very worst condition, women, children, and the unemployed form part of that society that we need to ensure that during the transition, they are not left behind," says Nkambule.

She went on to explain that climate change is not just an environmental issue. It is an economic and social issue. Women also need to be empowered enough in terms of knowledge as climate change doesn't just affect those who are around the fossil fuel value chain. In Witbank, for example, they don't even want to drink the water from taps, highlighting the devastating impact of climate change in those communities. Women need to reflect on what is happening in their own spaces when it comes to climate change. They need to ensure that as decisions are made around climate change, they are part of those decisions so that they are not left out.

"A crucial element of these discussions is adaptation and ensuring that women are resilient in the face of all these challenges that we'll be facing, and for many of us already facing. So the importance of adaptation is building that resilience, in communities, individuals as well as the systems that we operate in, the governments that we live under and an important part of this is ... to recognise the concept of intersectionality."

"Just to give an overview of why it's so important is that we need to recognise  ... to understand how others can be affected differently by climate ... We don't experience them in the same way, we have some people experience them disproportionately from other people. A stimulus may be the same, but due to our social contexts, we may respond to it very differently. Within a South African context, we understand that we have the context of colonialism, apartheid, as well as existing cultural norms that are contributing factors to marginalising people", says Chinyavanhu.

She pointed out that, in the rural context, people interact more frequently with the natural environment because they may be more dependent through subsistence farming, but are also more acutely able to detect changes in their surroundings because they frequently interact with the natural environment. Their yields would become less over time as they may not be receiving the same amount of rain, as well as experiencing heat waves.

"In a lot of rural communities in South Africa, there is still the system of communal land ownership and how that may impact the resilience of the communities or rather how certain norms, traditions and standards within these communities may affect their interaction with land and land tenure.

"People, specifically, traditional leaders, are making decisions for the community members and a lot of the time women don't get to be in positions of decision-making. So most of the time when a traditional leader decides to, for example, lease out or sell land that is under communal ownership to an international conglomerate within mining spaces, those people are put out by that they are immediately impacted by the operations of those mines or they are forcibly displaced by those mining operations. And often a lot of the time these interactions are facilitated by our government. Hence the idea that land expropriation is happening every day, people are still being forcibly removed from their land, and, of course, the connection to land and climate is very pivotal because access to land provides a sense of resilience", adds Chinyavanhu.

She pointed to extreme weather events that result in a scarcity of resources leading to spikes in gender-based violence as men struggle to cope with feeling insecure about basic nutrition and the scarcity of financial resources.

In an urban areas where people tend to be in buildings all day, the experience of climate change and how it manifests is very different. There are many obstacles to girls accessing education, including period poverty, pregnancy, as well as how these disasters have interrupted schooling for all learners, but specifically for women and adolescent girls. It was shown that 750,000 people dropped out of school post-pandemic, three times the usual rate.

Young girls are forced into early marriages as is the case when scarcity is an issue, globally. Being forced into sex work and early marriages exposes them to risks such as teenage pregnancies and contracting HIV. Not only for adolescent girls and women, but also the LGBTQI+ community because the members knows where they're able to access care and where they'll be discriminated against. In a case study of the floods in KZN where 84 clinics were reportedly damaged and many people lost their homes and were displaced, LGBTQI+ people had to go to shelters where they are in danger of being assaulted or raped.

To mitigate climate change in our respective areas, Mchunu advises that instead of growing lawns people must grow food in their surrounding areas. Organic waste must be returned to the ground, even flowers will really appreciate having those nutrients coming from the organic waste.

"In South Africa, we have quite a lot of women who are graduating in engineering mainly in the STEM careers ... who are able to have solutions for mitigating climate change. So now what exactly do we need because we have the skills. We have the women power, we have the land in the rural areas. Whether you are in the rural areas, or whether you are in the township or whichever area you're based in you need to be able to ask yourself what are you really contributing to mitigating climate change? Women can contact restaurants or hotels that are willing to give away organic food waste and process that into fertiliser and grow fresh food again," says Mchunu.