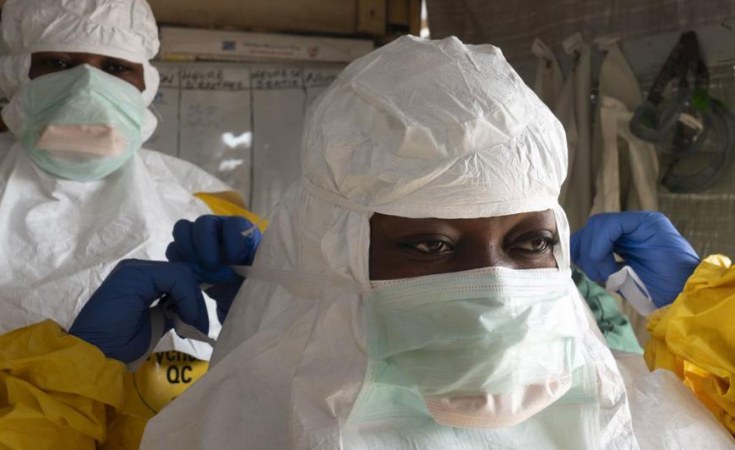 WHO
Uganda has recorded an outbreak of the Sudan strain of Ebola virus.
Nile Post News (Kampala)
By Kenneth Kazibwe

The Ministry of Health has said that the number of people who have died of Ebola in the country has reached 11.

In a statement on Friday evening, the ministry said in a period of 24 hours four new Ebola cases were confirmed in Mubende to bring the cumulative number of cases to 11.

"Three new deaths were recorded, bringing the total number of cumulative deaths to 11. Of these, eight deaths were from community whereas three are facility based," the ministry said.

However, the 11 deaths include the first eight people who died after presenting signs and symptoms similar to Ebola and were buried before samples were taken to be tested for the virus.

This happened a few weeks ago before the ministry declared the virus in Mubende district.

"There are 25 cases on admission, out of which six are confirmed while 19 are suspected. The Ministry of Health rapid response teams remain on ground to conduct contact tracing and follow up for all contacts to the confirmed cases. Cumulatively, a total of 58 contacts have been listed."

"The Ministry of Health wishes to advise the general public to install handwashing facilities at all public facilities."

On Friday, the Inspector General of Police issued guidelines to all police commanders throughout the country to be followed to avoid the spread of Ebola.

You must ensure police stations and cells are not crowded. Screen suspects on a daily basis, ensure that suspects in minor cases are given bond so that we have few people in cells," he Police Director for Public Services, AIGP Dr. Moses Byaruhanga said.

According to the SOPs, suspects on capital offences ought to be processed within the shortest time possible to ensure they are taken to court and remanded.

"Ensure the cells and stations are disinfected and washed at least twice a week with plenty of water, soap and jik. That is a must. We must have hand washing facilities at entry points of every station just like it was during Covid."

To ensure this, AIGP Byaruhanga said at every entry point, there should be a police officer deployed specifically to man the hand washing point to ensure every member of the public washes the hands.

To this, the public is warned against shaking hands but also urged to wash hands regularly to avoid transmitting the virus.

Previous Story
Museveni to Address the Nation On Ebola As Kasangati Registers Suspected Death
Next Story
Seven Ebola Cases, One Death Confirmed in Uganda, WHO Scales Up Response

Seven Ebola Cases, One Death Confirmed in Uganda, WHO Scales Up Response