Somalia Pushes On With Offensive Against Al-Shabab Despite Attack 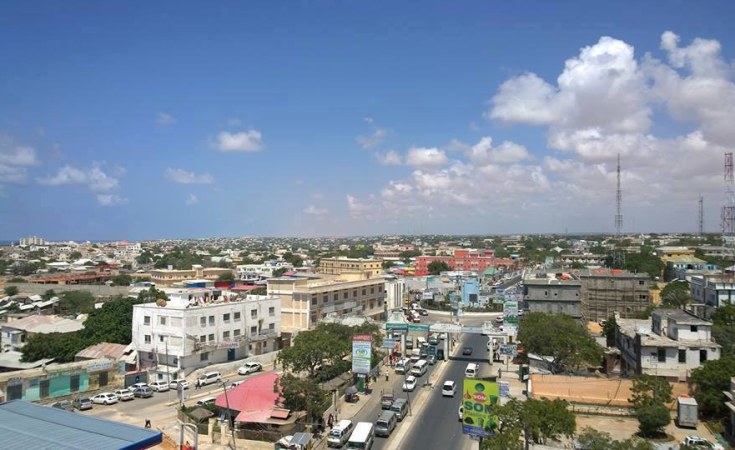 The death toll from this week's truck bombings has risen to at least 40, but local and national authorities say the latest attacks from the al-Shabab group will not deter them from fighting the terrorists.

Security experts say Somalia's government must focus on strengthening its security system to defeat the terrorist group al-Shabab. The latest intensified military offensive against the Islamist militants sparked counter attacks in the south and central regions of the country.

On Monday, al-Shabab used at least two trucks and a small vehicle with three suicide bombers to target people in the central Somali city of Beledwayne, in Hiran province.

At least 40 people were killed and almost 100 more injured. Those in critical conditions were flown to the capital Mogadishu. Residents have told DW that the explosions were the worst the city has seen in years.

The simultaneous blasts ripped through a military camp that hosts local government offices, destroying several homes and and businesses in the neighbouhood.

Residents in central Somalia spent hours digging through the rubble of collapsed buildings with their bare hands in search of dead bodies.

"I'm standing now at the third blast site. The catastrophe here is beyond imaginable. They [al-Shabab] claim to be true believers, but this is not a work for Islam," 23-year-old shopkeeper Hassan Ali told DW.

"I have lost my friend. We found his body under the rubble today. Other families are still searching for their loved ones."

Another resident, Abdisalan Mohamed, who owns a wholesale clothing business, said he had lost goods worth $20,000 (€20,314).

"The business shops were completely destroyed. There were previously 20 outdoor clothing centres for men here. Unfortunately, 90% of that business has now been destroyed by the blasts. I personally lost 60% of my business but Thanks to Allah I am physically unharmed," said Mohamed.

Hassan Khannenje, the Director of the HORN International Institute for Strategic Studies in Nairobi, Kenya, has described the current situation in the country as very fragile.

He told DW that the fragile situation is due to the state of insecurity in Somalia and the horn of Africa region.

"The current climate of drought and famine is not helping. It is pushing communities to extreme lengths of vulnerability," Khannenje said.

Al-Shabab, which claimed responsibility for Monday's bombings, said it would continue conducting similar attacks as long as local clans and government troops in central Somalia increasingly mobilize against it.

"This is an attempt to push back against the efforts of the government as well as the African Union mission forces and the United States," he explained to DW.

Al-Shabab wants to discourage clan uprisings in various areas of the south and central regions of the country.

The regional deputy president of the Hirshabelle state, Yusuf Ahmed Hagar, who survived Monday's bombings, told DW that the attacks would not deter his administration, local clans, and the national government from fighting al-Shabab.

"The heinous terrorist acts will never discourage us. They want to create fear among communities who take up arms to fight the terrorists but that will not work for the terrorists," said Hagar.

The powerful Hawiye clans and sub-clans in central and southern Somalia have mobilized local militias with the help of the Somali government to fight the Al-Qaeda-linked al Shabab insurgents.

On October 1, the US Africa command said it had killed a senior Al-Shabaab leader, Abdullahi Yare, with the coordination of the Somali government.

Khannenje told DW that although the current Somali government has successfully mobilized citizens against al-Shabab, more still needs to be done to defeat the group.

"The lack of proper law enforcement, lack of capacity for the military, for instance, to provide sufficient security as well as a sense of failure by the country to come together collectively in ways that can give hope to citizens, are playing a role in derailing efforts to get rid of al-Shabab and its activities."

According to some security experts, defeating al Shabab in central Somalia in the long term will depend on local and federal Somali authorities' ability to deliver good governance and security.

Khannenje agrees, and said such systems would have to be realized by Somalia on its own by building its capacity to survive independent of external support over a period.

"It is going to be important that the Somali-government that it gets a lot of support. It has to focus its energy in building its own institutions, facilitating its own security forces which have been divided in recent years over clan and regional dimensions," he said.

Recently elected President Hassan Sheikh Mohamud has vowed to do all he can to eradicate al-Shabab.

Al-Shabab has waged a 15 -year-long insurrection against the government. In 2010, it was rooted out of the capital, though it has continued to stage attacks there.

In May, US President Joe Biden agreed to return a US military presence to the horn of Africa, having deemed his predecessor Donald Trump's exit plans too risky and incomplete.