Guinea: September 28 Trial in Conakry - 'It Has Become Like a TV Series' 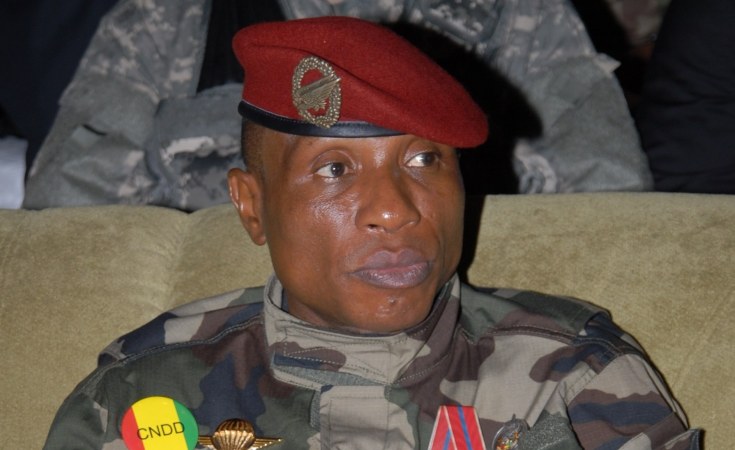 Conakry — The appearance of defendants in the September 28, 2009 massacre trial, which has been widely broadcast, has captivated Guineans for several weeks, with two effects. The wide exposure has given this historic moment the importance it deserves, but has also put the court under pressure.

On social networks, the trial has been the subject of jokes. It is said to have caused a drop in economic activity. On the radio, on television, on their cell phones, Guineans are following the Conakry stadium massacre trial, whether they are at the café, in the office or walking on the street. Thirteen years ago, security forces broke up an opposition rally with weapons. The bloody crackdown left more than 150 people dead. On September 28, 2009, and in the days that followed, some one hundred women were raped. The case traumatized the country. The trial had been announced several times, but always postponed, until the surprise acceleration of preparations ordered by the president of the transition, and its opening on September 28.

Expectations were high and many Guineans are counting on this trial to advance respect for human rights in the country. The Guinean media are mobilizing to meet the challenge, particularly the state broadcaster RTG, which has set up its TV and radio stations in two rooms of the court building built specially for the trial. A team of about 20 people are hands on every day: three journalists, two for television and one for radio; and 15 technicians, including cameramen and radio technicians. RTG is the only media outlet to have access to the floor of the courtroom. Three cameras are filming, one of them constantly pointed at the president of the court, the other two mobile. The country's main private television stations are located on the mezzanine level: Evasion TV, Djoma TV, Espace TV. The online press reports on the highlights of the hearings throughout the day in short articles and on social networks.

After the grand opening of the trial, which drew dozens of journalists, the media began to reduce their coverage. The first hearings focused on issues raised by the defence lawyers, and did not excite the public. Then came the appearances of Moussa "Tiegboro" Camara, former secretary of state in charge of the fight against drugs and organized crime, and Marcel Guilavogui, the junta leader's bodyguard at the time, which also did not create any real excitement. Witnesses and victims accused the two men of having participated in the repression, but in court their lips were sealed.

"It was when Toumba took the stand that people began to focus on the trial. We started watching from morning until night," recounts Albert, a young man from Conakry. He is sitting on a bench under a light metal structure in the Camayenne business district of Conakry. In this open-air TV corner, people usually come to watch soccer games. Since the appearance of Aboubacar Sidiki Diakité, known as "Toumba", former aide-de-camp to Guinean junta leader Moussa Dadis Camara, it's this trial that has attracted young people every Monday, Tuesday and Wednesday, the days of the hearings. "His name has become more and more important, and people are talking about him everywhere. It is the subject of all the talk at the moment," comments Ibrahim.

For him, the former aide-de-camp of the junta leader is "more than a star" today. On the Internet, each of the videos in which Toumba appears gets thousands of views. By agreeing to tell "his part of the truth" and by describing the rise to power of the CNDD (National Council for Democracy and Development) junta, Toumba has lifted a corner of the veil on this story that Guineans did not know. Since then, they have been glued to their screens. "For me, it has become like a series. When I'm not watching, I catch up with others to find out what happened," said Jibril, another young man from La Camayenne.

Guinean political scientist Kabinet Fofana calls it "hyper-mediatisation". Although the country has already seen several cases where cameras were allowed into a courtroom, including the so-called "gang trial" in the 1990s and more recently the attack on former president Alpha Conde's home, "there were not as many media and Internet users" at the time.

The stakes are high for the media. "It is true that we are used to covering trials, but a trial of this magnitude is a first, at least for many members of our team," said Almamy Kalla Conté, a radio journalist with RTG. "Many are resorting to entertainment", whereas this trial should allow Guinea to learn "lessons" from its past, he said. He also notes a lack of knowledge of legal terms. "These problems all have the same origin. For the moment, there are no specialized journalists. That is why, a few years ago, I created the association of journalists for the promotion of law. We did everything we could with our partners and Western governments to find funding to train journalists on covering trials, but unfortunately without success."

On social networks, some phrases uttered by the defendants have gone viral and are shared in joking tone, such as "Take me backstage" and "I don't answer that question, sir". "The court should appreciate it. Thanks to this amusing coverage, Guineans have taken ownership of the trial. Toumba took great pleasure in ridiculing lawyers of the civil parties and opposing side, and regularly provoked the hilarity of the public. The trial became popular. T-shirts bearing Toumba's image are sold on the Internet, and a drug has even been dubbed the "Toumba and Dadis" in the Forest Guinea region from which Dadis hails.

Guinea now has as many judges as people. Everyone has an opinion about the trial. While only four out of 11 defendants have been heard, everyone already believes they know who is guilty. Irreconcilable camps oppose each other. On the one hand, there are the diehard supporters of Dadis Camara, and on the other there are more people who have been convinced by Toumba's version. "When you see him, you know that he is an honest, sincere man. He is someone who is brave, who tells the truth," said Albert in the La Camayenne TV corner. Debates are sometimes heated. "Even we have had arguments here. Some supported Toumba's clan, others Dadis'..."

"I would have liked there to be more seriousness," said Asmaou Diallo, president of the Association of Victims, Parents and Friends of September 28 (AVIPA). According to Kabinet Fofana, "judges should not be distracted by public opinion". According to him, social pressure is becoming increasingly strong on Guinean justice. Will it resist this hypermedia coverage? If the verdict is not the one expected by the street, what will be the consequences? "I will respect the final decision. I am not a judge. I let the professionals do their job," said Jibril in the TV corner of La Camayenne. Asmaou Diallo is also confident in the justice system of her country: "Ibrahima Sory II Tounkara [the president of the court] is doing a good job of managing the debates for the moment. I think that the judges will also be up to the task."

On Evasion TV, during the trial, a banner appears regularly on the screen: "Enjoy the great hearing of the trial by placing your ads and commercials!"

Previous Story
Next Story
'I Just Wanted to Die'

'I Just Wanted to Die'

Next Story
Tagged:
Copyright © 2022 JusticeInfo.net. All rights reserved. Distributed by AllAfrica Global Media (allAfrica.com). To contact the copyright holder directly for corrections — or for permission to republish or make other authorized use of this material, click here.