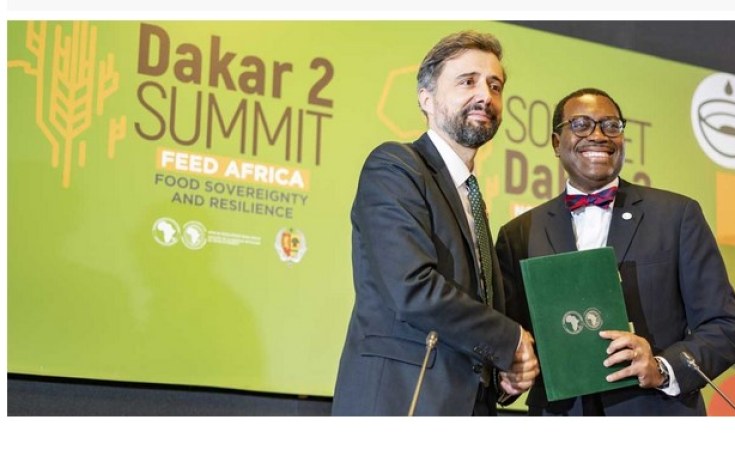 There is keen interest from Tunisia in this week's three-day Africa Food Summit taking place near the Senegalese capital of Dakar. Some of Tunisia's leading agricultural entrepreneurs are taking part in the summit.

At a pre-summit briefing in Tunis with the director general of the Ministry of Agriculture, Mr Abdelhalim Guesmi, private sector operators in Tunisia's cereal, olive and poultry sectors learned how the summit will bring together African heads of state and private sector partners to better harness Africa's agricultural and food potential.

The government of Senegal and the African Development Bank have co-organized the summit under the chairmanship of the Senegalese president, Mr. Macky Sall. Its theme is: "Unleashing Africa's Food Potential." From January 25 to 27, the Abdou Diouf International Conference Center in Diamniadio near Dakar will be at the heart of efforts to turn plans into concrete action to transform Africa's agriculture, strengthen its resilience in the face of the post Covid-19 crisis, Russia's invasion of Ukraine and climate change impacts.

Mahmoud Elyes Hamza, Tunisia's minister of agriculture, water resources and maritime fishing, will represent Tunisia on behalf of President Kais Saied. Hamza will seek to open up opportunities for successful public-private partnerships in the agricultural sector.

Tunisia, with its internationally recognized expertise in niche markets like olive, grain and poultry, is hoping to support sub-Saharan countries as they develop their industries. A pre-summit meeting--held at the African Development Bank's regional office in Tunis last week--showed how much interest there is in what the summit could achieve.

The managing director of the Poulina Group, Mr Mohammed Chikhaoui, said poultry is one sector that could make a big impact, as the Tunisian poultry industry is already in the top six poultry sectors globally in terms of health standards and quality. He said it is attracting a good amount of foreign investment.

Chikhaoui said: "Poultry has a promising future in Africa. Consumption has increased tenfold in ten years and the sector is expected to grow by 30% by 2031."

With Poulina Group in the world's top six another Tunisian firm, Chahia, ranked fifth globally for its quality standards. Its CEO, Mr. Hichem Mami, was also at the pre-summit meeting.

The Tunisian olive industry--2nd world producer behind the European Union--is also keen to expand into African countries equipped with favourable water resources and climates suitable for olive production. Mr Abdessalem Elwad, the CEO of Riviere d'Or--and representative of the Tunisian Union of Industry, Trade and Crafts, and member of the International Olive Council--is keen to set up a pilot operation in other parts of Africa to assess where traditional Tunisian olive trees could be cultivated. 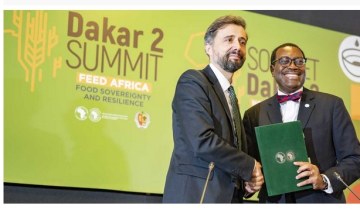 The African Development Bank Group and the International Fund for Agricultural Development (IFAD) are teaming up to help 40 million African farmers through a new initiative that will double productivity and produce 100 million metric tons of food for 200 million people.

CHO olive producer CEO Mr Abdelaziz Makhloufi recommended to set up public private partnerships to assess at scale olive tree cultivation. The African Development Bank has published in 2019 a study identifying potential sites for olive tree cultivation in Mauritania, which could be used for that purpose.

Operators from the cereal industry also shared the idea of carrying out pilots at scale.

The Dakar summit will provide operators with an opportunity to hold public-private consultations on boosting grain production. Tunisia's National Institute of Field Crops and the Tunisian Office of Cereals could for instance team up with Morocco's Mohammed VI Polytechnic University (funded by the OCP Group) and the African Development Bank to support an international research program into new cereal varieties and forgotten crops. This would develop a pan-African map of grain production potential.

Mr Mohammed Nadri, director general of the Central Co-operative of Wheat (COCEBLE)--which represents 13,000 farmers who harvest 25% of Tunisia's wheat production--says Tunisia could conduct a research program on resilient varieties, well adapted to climate change. Nadri said: "Tunisia has the expertise to help other African countries to increase their productivity."

Mr Abdelmonem Khlifi, the manager of STIMA, a cereal production firm, added that the reintroduction into Tunisia of traditional varieties, once cultivated by the Romans, has given Tunisia higher yields than Italy.

Mr. Mohammed El Azizi, the African Development Bank's director general for North Africa, says there is much to discuss at this week's Dakar 2 Africa Food Summit. He emphasized this at the pre-summit briefing in Tunis. El Azizi said: "By bringing policy makers, industry experts, international organizations and investors together around the same table, the Dakar 2 summit will provide a decisive response to the financing needs of the African agro-industry."

Tagged:
Copyright © 2023 African Development Bank. All rights reserved. Distributed by AllAfrica Global Media (allAfrica.com). To contact the copyright holder directly for corrections — or for permission to republish or make other authorized use of this material, click here.