During his visit to Dar es Salaam, U.S. President Barack Obama commended President Jakaya Kikwete and the people of Tanzania for their part in strengthening peace and security in the Great Lakes Region and Southern Africa. 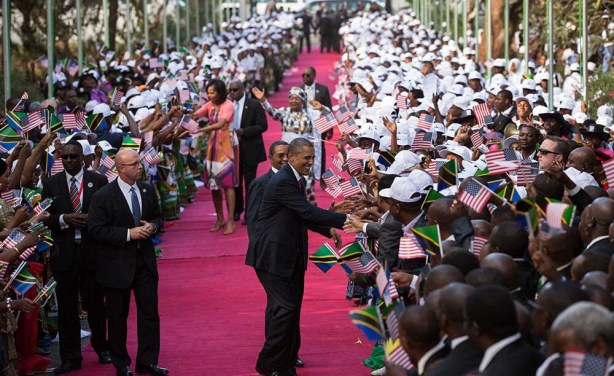 President Obama and President Kikwete greet a crowd as they arrive at the State House in Dar es Salaam. First Lady Michelle Obama and Tanzanian First Lady Salma Kikwete follow in the background.