In its latest update, the World Health Organization announced that close to 7,000 people have now died in the worst Ebola outbreak in history. 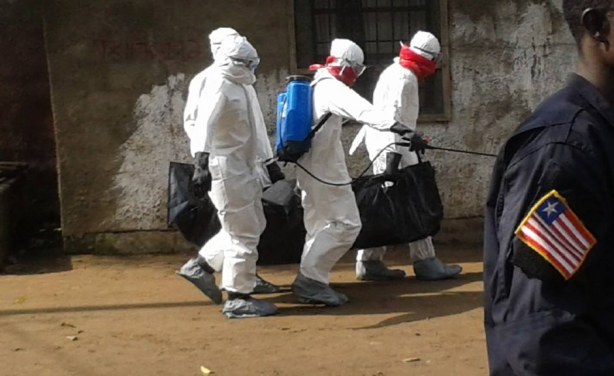 A burial team carries the body of a suspected Ebola victim under the watchful eyes of police officers.