Sierra Leoneans are emerging from the homes following a three-day lockdown during which officials say more than a million households were checked for Ebola patients. 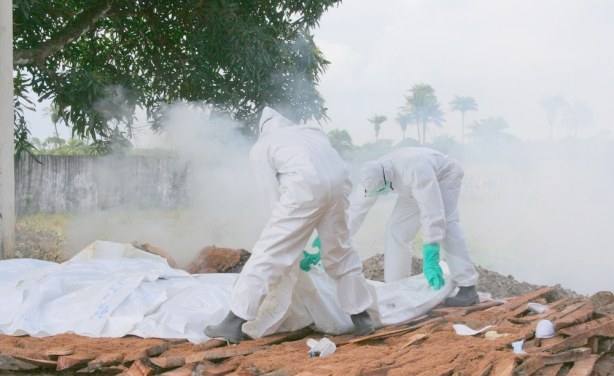 The bodies of victims of Ebola are burned.