A report by the United Nations Development Group, a consortium of UN agencies, says in the best-case scenario, the mineral-rich region may lose on average U.S.$3.6 billion per year for the next three years before the economies start to recover. 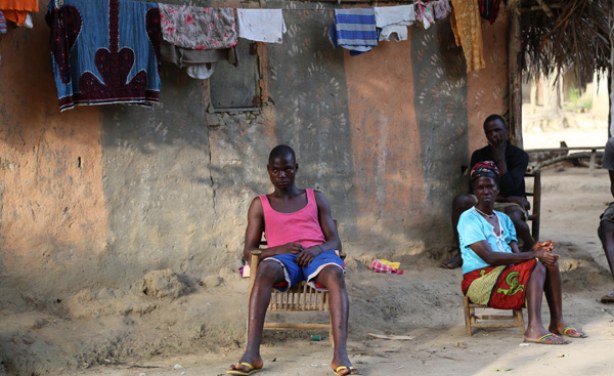 Listening to Ebola awareness lectures, the people in the village are scared (file photo).