Football fans love nothing more than a hot marksman, a player who bangs in the goals and acts as a match-winner in the most thrilling of ways. Writing for AllAfrica, NIck Said takes us back through African Cup of Nations history to find the top five marksmen at a single tournament over the last six decades.

And Mark Gleeson reports that two coaches at this year's finals have called for the finals to be moved from their January date. They say European clubs are increasingly reluctant to release players at this time of year, and this is damaging the tournament. 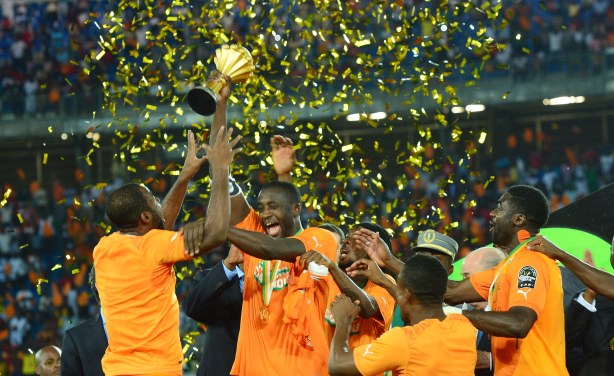 Cote d'Ivoire celebrate their victory at the 2015 Africa Cup of Nations.