'Water for All or the City Must Fall', Cape Town Protesters Say

The Water Crisis Coalition, comprising representatives from over 70 organisations, protested against city officials, telling them to take responsibility for their failure to plan for water scarcity. This comes as a drop in dam levels caused #DayZero to be moved forward to 12 April 2017. 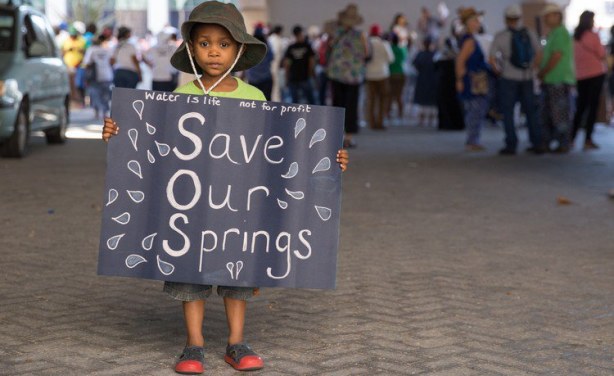