Tidy Senegalese fans removed plastic bottles and other trash left under chairs at the Spartak Stadium where they were sitting, after a match against Poland. 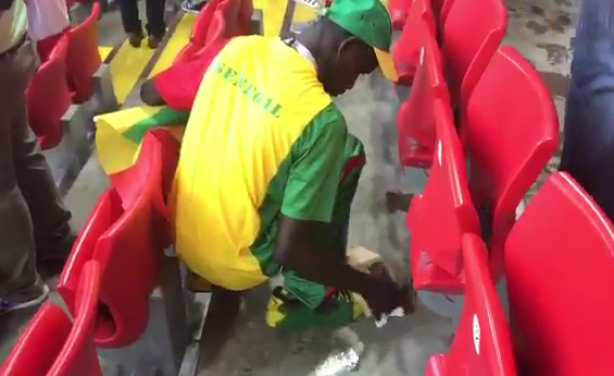 A Senegalese fan picking up papers.