The former U.S. president is first expected to have a breakfast meeting with his family in Kogelo village in Siaya County, where he is set to inaugurate the Sauti Kuu Foundation's project - a sports facility and vocational training centre. He met with President Uhuru Kenyatta, his deputy William Ruto, opposition leader Raila Odinga and other senior government officials at the State House after his arrival. 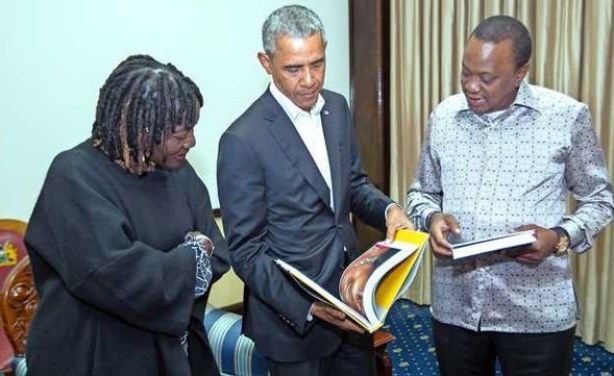 President Uhuru Kenyatta with the 44th US President Barack Obama when he paid him a courtesy call at State House, Nairobi on July 15, 2018. On the left is Mr Obama’s half sister Dr Auma Obama.

These Africans Are on TIME Magazine's Most Influential List
Sustainable Development