Financial Times reported that U.S. President Donald Trump described President Muhammadu Buhari as "lifeless" in an article titled 'Africa looks for something new out of Trump'. Trump met Buhari on April 30 in Washington as the two leaders discussed issues including "fighting terrorism" and economic growth. Trump once angered many Africans when he mispronunced Namibia as "Nambia", called African continent "shithole" countries and recently his tweet weighing in on the matters of land ownership in South Africa. 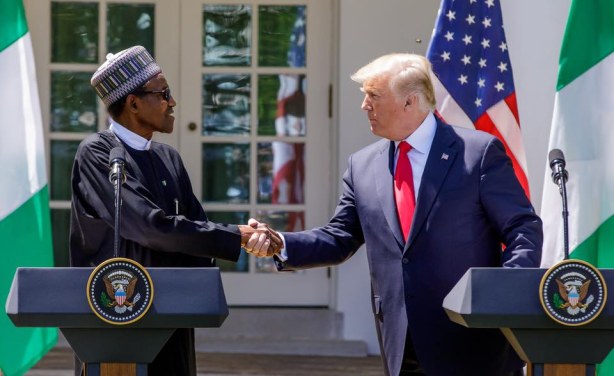 President Trump hosts a joint press conference with President Buhari in the Rose Garden at the White House on Monday, April 30, 2018.