When South Africa's ruling African National Congress lost local elections in three of the country's biggest cities in 2016, the opposition Democratic Alliance (DA) formed coalition governments with smaller opposition parties. But the alliance in Nelson Mandela Bay (Port Elizabeth) has broken down, the DA mayor in Tshwane (Pretoria) is holding on by the skin of his teeth and the ANC has called for fresh elections in Tshwane and Johannesburg.

With national elections less than a year away, Mike Law examines whether and how coalitions can work in South Africa. 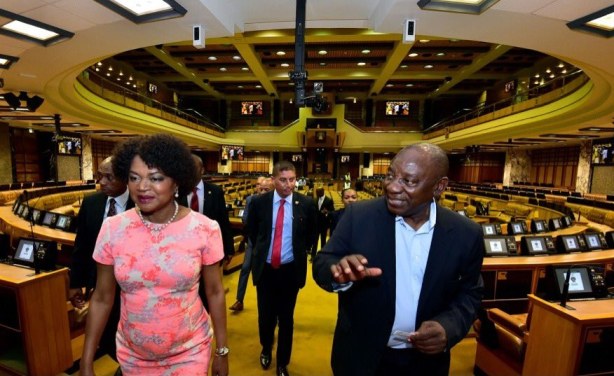 Photo: The Presidency of the Republic of South Africa

President Cyril Ramaphosa and Speaker Baleka Mbete in South Africa's national parliament: Could a coalition be ruling there in future?