Analyst Elissa Jobson of the International Crisis Group beleives the African Union may be instrumental in helping the new president ease into power. It should seek compromise rather than the usual  winner-takes-all world of Congolese politics. 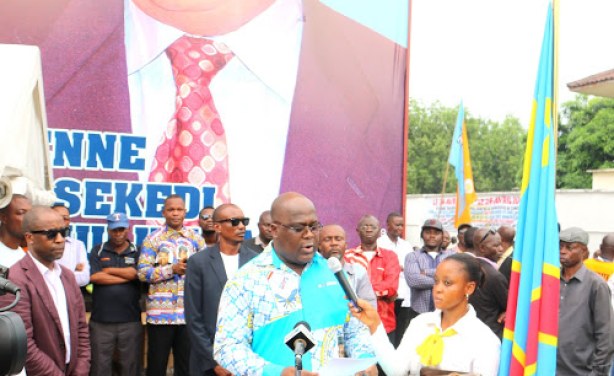 Félix Tshisekedi addresses the press at his party's headquarters