Namibian retailers and food outlets relying on imported prime meat cuts from South Africa are feeling the pinch of the ban on meat exports due to foot-and-mouth disease in South Africa. The only positive spin-off for South African meat lovers is that they may enjoy lower prices. 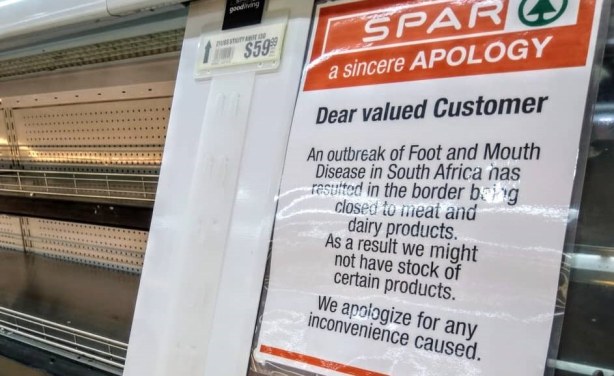