The ruling military council and an alliance of opposition groups have signed the first of two documents as part of a power-sharing deal that activists hope will pave the way for democracy in the country. Questions that are being raised about the agreement are discussed in a blog by Cameron Hudson. An analysis by Priyal Singh and Daniel Forti examines the importance of the African Union and United Nations in making the peace work. 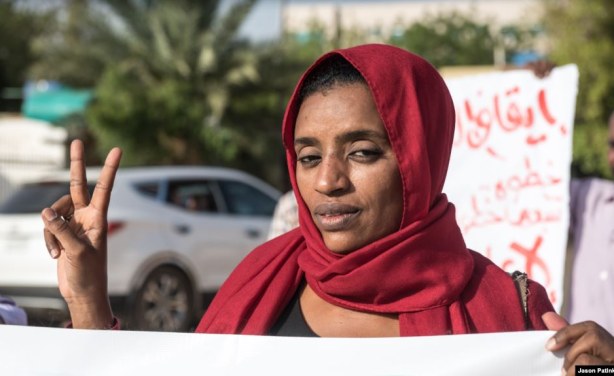 Protester at the sit-in (file photo).