Pilots Who Supported Teens' Flight Across Africa Die in Crash

Two South African pilots who were involved in a project in which teenagers built a homemade plane and flew it across Africa have died in a crash in Tanzania. Des Werner and Werner Froneman were in a small plane supporting the teenagers who flew a homebuilt aircraft from Cape Town to Cairo in July. The pilots had planned to travel from Uganda to Malawi ahead of their return to South Africa on Monday, but requested to land in Tanzania on Saturday after reporting engine problems. 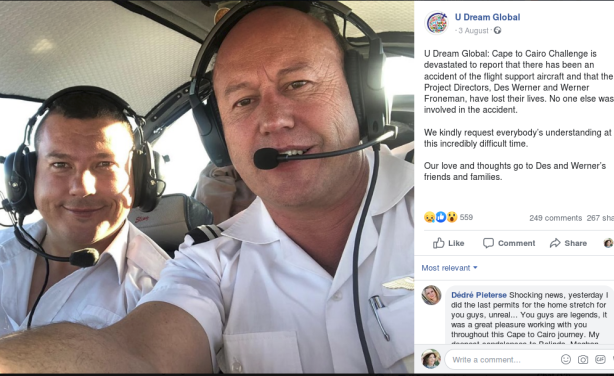