In the Zimbabwean village of Mashaba, a solar grid provides cheap, clean power to run irrigation pumps that keep the community's wheat, maize and vegetable fields a sea of green. But the fields have attracted a new problem: herds of hungry elephants. As drought makes grass and other fodder harder to find, elephants have begun invading the village's tempting irrigated fields, destroying crops and irrigation canals and exasperating farmers. 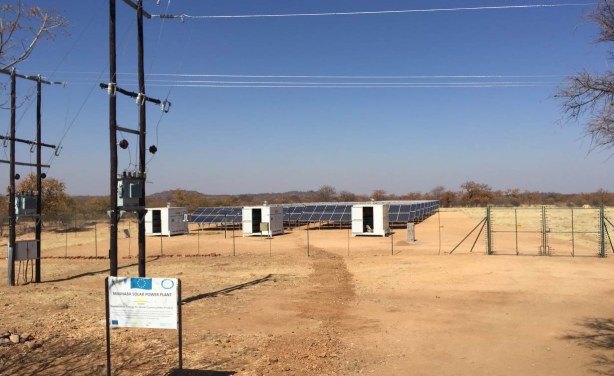