A segment about trophy hunting by South African comedian Trevor Noah on the Daily Show has not made him popular. Noah's critical analysis of various claims about the benefits of trophy hunting quoted a CBS clip saying that wildlife hunting brings in as little as three percent in benefits to local communities. The state-owned Herald newspaper in Zimbabwe has hit back, quoting Botswana's environment and tourism minister Onkokame Mokaila and other environment bodies in the region as saying that Noah's claims are false information fed to him by his "anti-hunting Western paymasters". 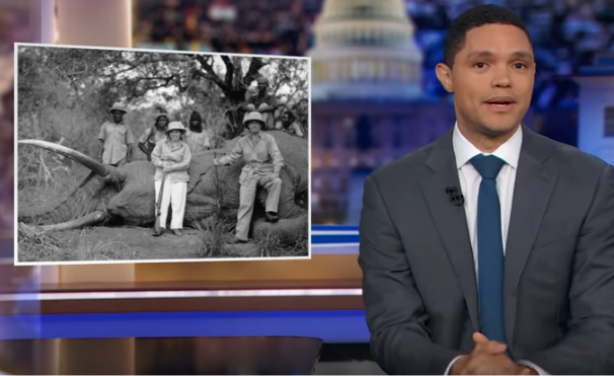 The Daily Show with Trevor Noah/YouTube