The U.S. comedian and television with her partner, Portia de Rossi, and a host of other big names in the entertainment world have raised U.S.$5 million as efforts to raise funds for conservation of mountain gorillas in Rwanda kicks at the 'Gorillapalooza' event in Los Angeles. According to DeGeneres, stars like Leonardo DiCaprio, Kendall Jenner, Sean Hayes, and Diane Keaton, among others, all donated towards the comedian's cause to save the endangered mountain gorillas. 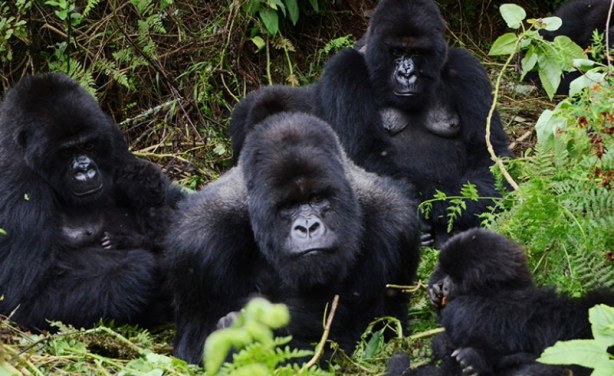 A family of mountain gorillas in the Volcanoes National Park.